Jail For Two Men Who Raped A Young Woman 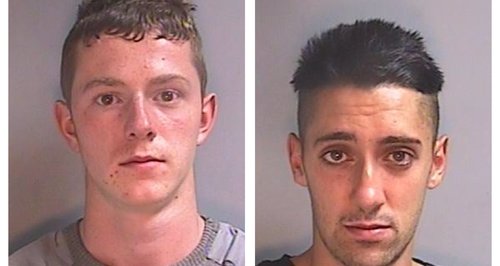 Two men from York who raped a young woman after meeting her in a night club are beginning long jail sentences.

Samuel Kevin Bambridge, 22, and Thomas Oliver, 20, were sentenced to seven and six years’ imprisonment respectively on Monday 9 March 2015 after being found guilty of rape at York Crown Court.

On 4 August 2013, Bambridge and Oliver met the victim in Club Salvation in York before taking her back to Bambridge’s flat where they both raped her.

Detective Sergeant Fionna McEwan, of York CID, welcomed the sentences which resulted from an extensive police investigation and a successful trial at court.

'I am extremely pleased that justice has been delivered for the victim in this case, who has shown massive strength of character and courage throughout this distressing process.

'Bambridge and Oliver met her in the night club at a stage when she was vulnerable from drinking alcohol. They carried her back to Bambridge’s flat and took it in turns to subject her to sexual acts against her will. This is truly despicable behaviour.

'I hope this verdict and the long prison sentences handed to the offenders, makes it clear that it is not acceptable to exploit the fact that a woman has been drinking.

If you have been a victim of a sexual offence contact North Yorkshire Police on 101 – we have specially trained officers who will treat you with sensitivity and in confidence. Always dial 999 if an emergency response is required.

You can also get help at the Sexual Offences Referral Centre (SARC), which is also known as Bridge House. At Bridge House you can get the help, support and advice you need without having to go directly to the police. Call 01904 669339 or visit www.turntobridgehouse.org