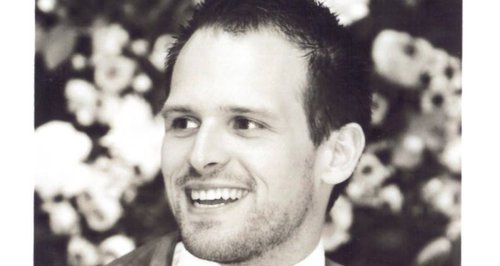 The police officer critically injured in a road traffic collision near Burstwick on Monday April 13 sadly passed away at 10am today.

PC Russ Wylie (28) was a roads policing officer based at Melton and worked predominantly on the south bank covering North and North East Lincolnshire.

He was taken by air ambulance to Hull Royal Infirmary after the incident at 11.30am yesterday.

'It is with great sadness that I can confirm that PC Russell Wylie passed away at Hull Royal Infirmary this morning.

'Russell was an experienced and highly respected roads policing officer who will be badly missed by all his colleagues and friends in Humberside Police.

'The loss of life of a colleague on duty is felt by everyone in the force. Our heartfelt thoughts are with Russell's family.

'We are grateful for the numerous messages of support and condolence that have been received from across the country.

'Russell's untimely death serves as a stark reminder of the risks that face police officers up and down the country day in and day out as they serve and protect the public.

'He was a popular officer who worked as part of a close knit highly professional roads policing team who are devastated by his loss.

'It is a tribute to their professionalism and respect for their colleague that they have immediately resumed their duties to make our roads and communities safer.'