Detectives investigating the disappearance of a 22 year old in York say 2 people spotted on CCTV could have vital information.

Ben was last seen at 3.40am on Sunday 2 March 2014, in Layerthorpe, near to the junction with James Street.

At the time he was dressed in a grey t-shirt, with an Eiffel Tower logo, dark skinny jeans and dark pumps with white trim and white toe caps.

The first person officers are asking to come forward is a white man, wearing a light coloured jacket with dark trousers and shoes. 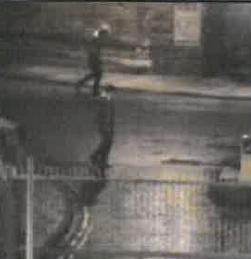 He walked along Stonebow, heading towards the junction with Foss Islands Road, on the opposite side of the road to Ben.

A short time later, this person takes the same route as Ben as they walk past National Windscreens, Layerthorpe.

The second man officers are asking to come forward, spoke to Ben in the smoking area of Fibbers a short time before he left the club.

He is white, with short dark hair. He was wearing a red checked shirt, fastened at the collar, a white t-shirt and dark trousers.

"If you believe you could be either of the people described above, I urge you to get in touch with us straight away.

"I am sure the person who walked along Layerthorpe will have seen Ben as he made his way home and will be able to help identify the route he took.

"I also need to speak to the man at Fibbers as although he spoke with Ben, his friends didn’t recognise him, and I ask that he gets in touch.

"Ben, if you see or hear this appeal, please get in touch with your family, friends or the police straight away. There aren’t any problems. We all simply want to know that you are safe and well."