Major Peake connected with Ashfield Primary School in Otley while he flew above them at 17,500mph.

In the 10 minutes Q&A he told the children what space smells like and said he never washes his trousers.

As well as asking him whether he had grown in space, the youngsters used the special link-up to find out that he does not get lonely because it so busy.

Among the children asking the questions were Dalton Briscoe, three, and Esme Thorpe, four, who are thought to be the youngest ever to ask live questions of astronauts on the ISS.

Esme asked Maj Peake how she could come and see him in space.

He said: "I wish you could come and see me. I'd love to show you around the International Space Station. But you'd need to jump on a rocket and you'd need to travel up to 17,500mph. So that's really fast.

"Maybe it's better if I come and see you in a few weeks time when I'm back on Planet Earth." 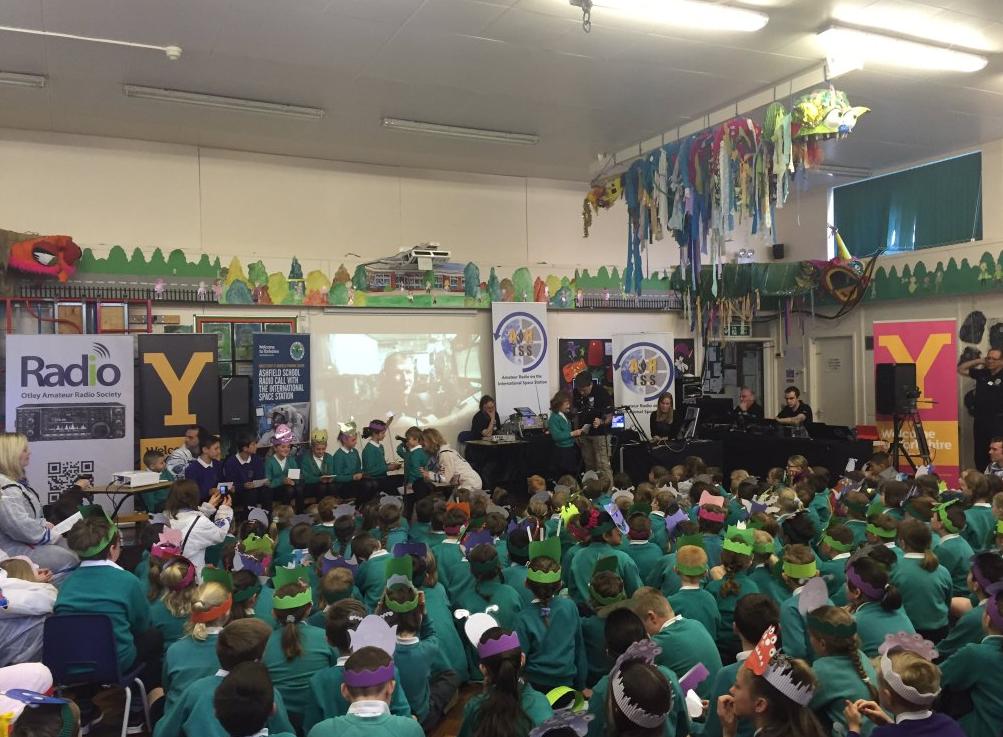 Asked by Ethan Hawke, 11, how tall he was now after five months in space, Maj Peake said: "That's a very good question, and I haven't actually measured myself. I don't know quite how tall I am, but I did sit in my Soyuz seat the other day and I noticed that I was taller than when I launched.

"So, probably, about two or three centimetres taller."

And Libby Evans, 10, asked if he gets lonely.

He said: "No, I never get lonely because there's always so much to do up here. And, as well as working with my crew mates, we're talking every day with mission control centres all around the world. So we get to talk to lots of other people as well."

The astronaut replied: ``This is secret between you and me but, yes, there is space candy. We have a candy drawer on board the space station and there are things like chocolate in there and all sorts of sugary fizzies, but we're not allowed to eat too many of them.''

Major Peake signed off saying: "It's been lovely talking to everybody at Ashfield Primary School in Yorkshire. I hope you're having a nice sunny day."

The whole school packed into the hall for the link-up which was facilitated by Amateur Radio on the International Space Station (ARISS).

The children had made special helmets for the broadcast and the staff were in "space suits" as they entered the hall through a specially created "air-lock".