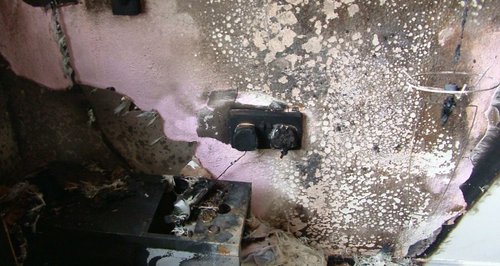 A Ringwood mother escaped from an explosion at her family home after a fire caused by an e-cigarette plugged into a faulty charger.

Firecrews say the incident is the latest in a string of incidents in the UK involving the use of cheap or inappropriate chargers.

The woman was alerted to the fire in an upstairs bedroom of the house on Southampton Road by her smoke alarm, which had only had its battery changed the previous week.

After discovering the fire, she managed to escape downstairs before the explosion, caused by the heating of the pressurised canister of an air horn that was in the room. She wasn't hurt.

Fire crews from Ringwood were quickly on the scene and entered the house using breathing apparatus and extinguished the flames. Fire investigators then traced the cause back to a USB plug that had an e-cigarette charging in it.

Group Manager Dan Tasker said: "We discovered that the woman's son had lost the charger that came with the e-cigarette kit he had bought, so he had plugged it into a different USB charger and then gone out.

"This then overheated and caught light to the bedding, and the fire then caused the canister to expand and explode.

"Plugs need to be appropriate for the device they are charging and not all can be transferred between devices.

"The consequences of using the wrong charger with the wrong device can be devastating and we are extremely relieved that on this occasion no-one was harmed." 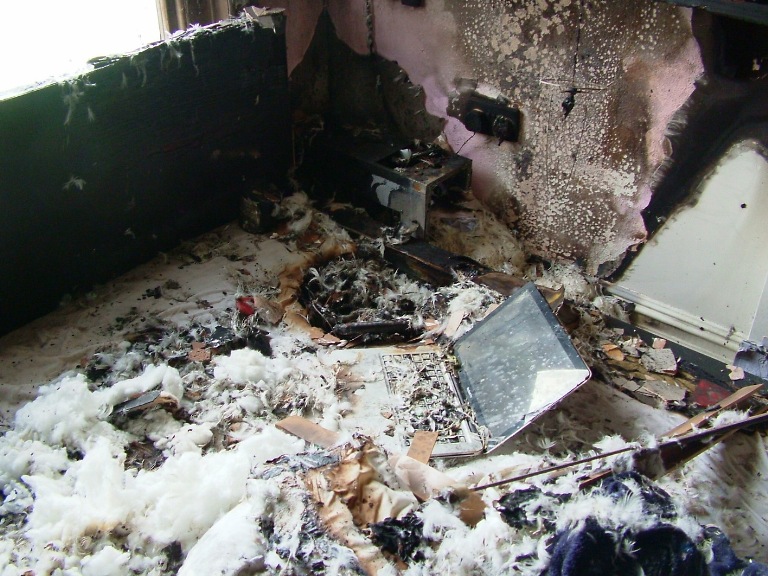 In May, a Welsh woman was burned after her e-cigarette exploded when it was plugged into her phone charger and a barmaid in North Yorkshire was also injured earlier this year when a charging e-cigarette overheated.

While e-cigarettes can be susceptible to overheating due to the type of battery they contain, Hampshire's Trading Standards say it's important to use the right charger for all devices and not cheap alternatives.

"The message is do not buy cheap or unbranded chargers for use with e-cigarettes, mobile phones or any other devices. They are invariably dangerous and illegal.

"At the least, they are capable of destroying your device. At worst, they have the potential to give a fatal electric shock or cause a very serious house fire.

"Our officers regularly stop and destroy large quantities of unsafe chargers as part of their work at ports. This is a widespread problem, with many being sold through internet sellers.

"Always make sure that the rated output of your charger is matched to the product you are charging."