Get your Leicester city shirts at the ready... The Foxes have announced when their Premier League Title victory parade will be.

The date: Monday 16th May

The lads will get in an open-tour bus to celebrate with fans through the city from Jubilee Square to Victoria Park.

The whole parade will be played on big screens in Victoria Park with a helicopter following the squad through the streets.

Breakdown of Events:
• 3pm – The family-friendly Activation Zone at Victoria Park opens.
• 4.30pm – The stage at Victoria Park will begin showing highlights from Leicester City’s Premier League-winning season as the excitement of the bus parade begins to build.
• 6pm – The open-top bus tour will start from Jubilee Square, making its way through Leicester and finishing at Victoria Park.
As the bus tour goes through the City Centre, there will be a number of celebration stops. During the bus tour, there will be family-friendly viewing platforms at the Curve – who will also be hosting a range of family-friendly activities.
• 7pm – The buses will arrive at Victoria Park, where the players will be on stage for roughly an hour – giving supporters another chance to see their Premier League winning team and the Barclays Premier League trophy.
See below a map from the club of where the parade will go. 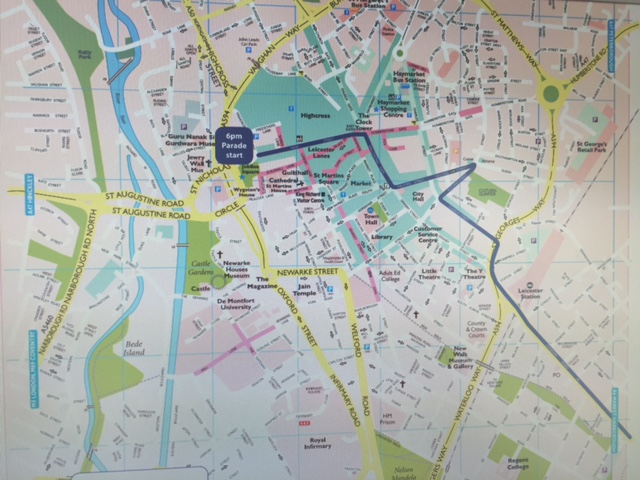