Police investigating an assault in McDonald’s have released images of a woman they would like to trace in connection with the attack in Leicester.

It happened on Thursday, February 27 between 5.50pm and 6pm at the store in Eastgates.

The 16-year-old victim was ordering at the counter when he was approached from behind and assaulted by woman who grabbed him round the throat.

No one was injured in the incident.

PC Steve Kilsby, who is investigating the incident, said:

'This was a distressing incident for the victim. I would urge people to have a look at this image and see if they recognise the woman. If you know who it is, or if it is you, please get in touch.' 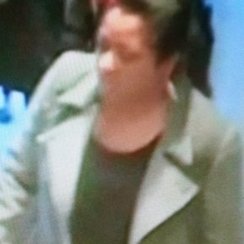