Tony Pulis has been sacked as the manager of West Brom after an 11 game run without a win.

The 59-year-old has left his position as head coach at the Hawthorns after just two wins in his last 21 Premier League games following Saturday's 4-0 defeat to Chelsea.

Albion are just a point and a place above the relegation zone after an 11-game winless run in all competitions.

Chairman John Williams told the club's official site: "These decisions are never taken lightly but always in the interests of the club."

"We are in a results business and over the back end of last season and this season to date, ours have been very disappointing.

"We would like to place on record our appreciation of Tony's contribution and hard work during a period of transition for the club which included a change of ownership. We wish him well in his future endeavours." 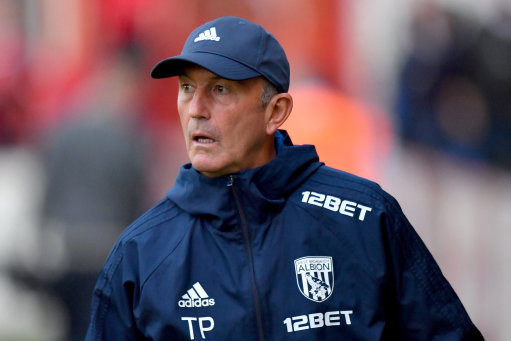 Assistant head coach Gary Megson, who was manager between 2000 and 2004 and returned to the club in the summer, has been put in caretaker charge.

Owner Guochuan Lai watched the Chelsea defeat after flying over from China for a pre-arranged trip and is now tasked with finding a new manager.

Lai, who bought the club last year, has flown back to China and will be aided and guided by chairman Williams during the search.

Press Association Sport understands the Baggies would prefer a manager with Premier League experience given their position and the nature of the division.

They are keen to replace Pulis as quickly as possible but recognise the process is not easy.

Pulis succeeded Alan Irvine when the Baggies were a point above the relegation zone in January 2015, eventually leading them to 13th.

They finished 14th in 2015-16 and came 10th last season but failed to win any of their final nine matches.

Pulis made a defence of his record before the Chelsea defeat, suggesting Albion would struggle to get a better replacement.

"If I left tomorrow I'd put my record on the table and put it in front of anybody and see what they think of what I've done here in three years," he said on Friday.