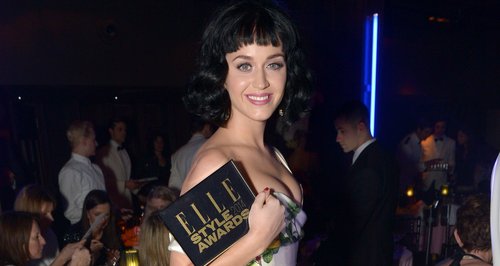 The 'Dark Horse' singer spoke exclusively to Capital ahead of her appearance at the awards ceremony.

Katy Perry says she feels "honoured" to be performing at the BRIT Awards 2014 this evening (19th February) and loves that it's a show that promotes "talent and creativity".

The 'Roar' star opened up exclusively to Capital FM ahead of her performance at London's O2 Arena tonight for the awards ceremony, where she is also up for Best International Female Solo Artist.

"I really am honoured to be on the BRITs because a lot of my favourite artists come from England and it's a really musical awards show," Katy told Capital exclusively ahead of the BRITs. "I like that it's based on people's actual talent and creativity."

Katy joins a performers bill also featuring the likes of Ellie Goulding, Lorde and Disclosure for the BRITs 2014.