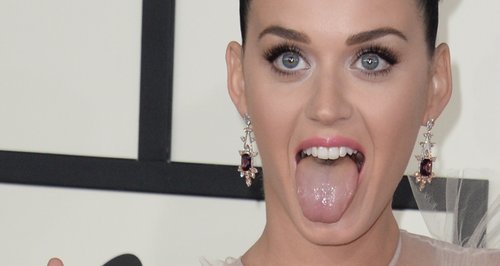 The 'Unconditionally' star reached the milestone this weekend and is the most followed person on the site.

Katy Perry has cemented her status as the Queen of Twitter after reaching the brand new milestone of becoming the first user with over 50 million followers.

The 'Roar' singer first overtook Lady Gaga last July before then pushing past Justin Bieber's Twitter crown to become the most follower artist on the social networking site.

Katy is now celebrating once again after becoming the first Twitter user to have over 50 million followers on her official account, while Justin Bieber is still close behind with over 49 million.

Oh yeah AND we grew to 50 million Katycats! Eh, regular day at the office.

The 'Unconditionally' singer currently has 50,086,383 followers on the site, while she is reported to have added around 18 million followers in 2013 alone.

Katy Perry is set to kick off her 'Prismatic World Tour' on 7th May in Belfast, Northern Ireland.