A cat who has lost its ears and nose to skin cancer has been nicknamed 'Voldemog' after the Harry Potter villain.

Charlie has been looking for a home at the Blue Cross adoption centre in Southampton but it is feared his unusual appearance may have been putting off prospective owners.

The 14-year-old white moggie was living as a stray before a local woman took him in and looked after him. But he had to undergo an operation back in August 2010 after severe sunburn on his pale skin left him suffering from skin cancer.

Sadly, the owner was unable to carry on looking after him because he did not get on with her other pets so she reluctantly had to bring him in to The Blue Cross to be rehomed.

Despite his bizarre appearance, staff have fallen in love with the affectionate cat.

"Despite his quirky appearance, Charlie is an adorable gentle big chunky chap, who loves fuss, lots of tickles and cuddles.

"He has a dear little voice and likes to squeakily meow at you to get your attention. He has no problems with not having ears or a complete nose, he hears you, smells things as normal, does have the sneezes now and then but that is all that is different. Charlie just loves human company and would happily be around you all day.

"He still loves to play despite his 14 yrs and loves to roll around playing with his rod toy, he's got so much to give a new family and would make a wonderful companion. Sitting with him brightens up your day and before you know it you no longer notice that he has no ears or nose, you just see him."

White and light-coloured cats can be prone to suffering from skin cancer and The Blue Cross recommends owners take steps to protect their pets from the sun.

“Charlie is an extreme example of what can happen to cats, particularly those with white or light-coloured fur, if they suffer too much exposure to the sun.

“This drastic surgery can be avoided if owners are vigilant and take steps to protect their animals from the harmful rays of the
sun.

“We recommend keeping pets like Charlie in the shade or indoors on the hottest days of the year and also to apply child-friendly sunblock to their skin.

“If owners notice a change in pigmentation to their pet’s skin they should seek veterinary advice as soon as possible.” 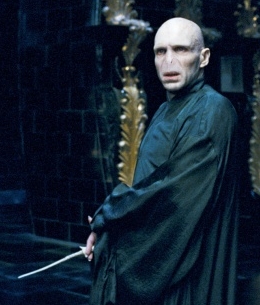