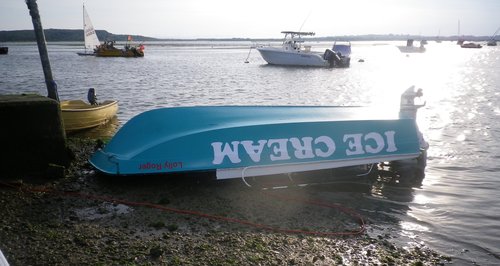 Three people have been rescued after their ice-cream boat capsized off the South Coast.

Portland Coastguard tell us they got a call on Thursday afternoon from a pleasure cruiser that the Lolly Roger had overturned leaving the trio in the water.

They were helped on-board the Badgers Retreat and the ice cream boat was towed to Mudeford Quay in Dorset.

We're told the Lolly Roger tipped over because of an 'unsecured' freezer on wheels.