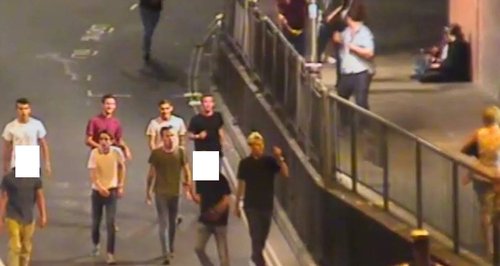 Police have released a CCTV image after an attack in Portsmouth.

Officers tell us around eight men assaulted three other men who were carrying rucksacks and bags through Guildhall Walk.

The group followed the three men into Commercial Road just after 2am on Sunday, assaulting another man.

Officers are appealing for help to identify anyone in the CCTV image; who they say could hold vital information.

"We are also keen to identify the victims of the assault. This happened in a busy area of the city as many people were leaving clubs and bars. Anyone with information is asked to come forward."

A 19-year-old man from Portsmouth has been arrested and bailed while investigations continue.

Anyone with information should contact PC Tombs at Portsmouth Central on 101.