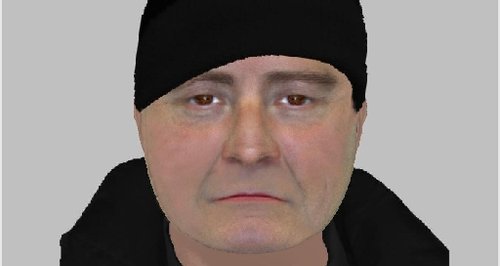 Southampton police are looking for a man who got into a woman's house and attacked her - after ordering her to pay him back some money.

At some time between 2.40pm and 3pm on Thursday 8 January, the 27-year-old victim was at home at an address on Millais Road, Bitterne.

A man entered the address via an open door. Once inside, the man demanded money from the woman, which he stated was owed to him.

The woman had no knowledge of any money being owed and refused to pay.  He then grabbed the woman by her hair and pushed her into a wall, before leaving empty handed.

The woman sustained a cut lip and was left very shaken by what had happened to her.

"I am appealing for information to help identify the man in this e-fit.  Do you know who he is?  Did you see this man in the Millais Road area on the afternoon of January 8?

"As always, we would urge members of the community to ensure their homes are locked and secured at all times."

Anyone with any information is asked to contact PC Crutcher, at Southampton police station by calling 101 or call Crimestoppers on 0800 555 111, where information can be left anonymously.