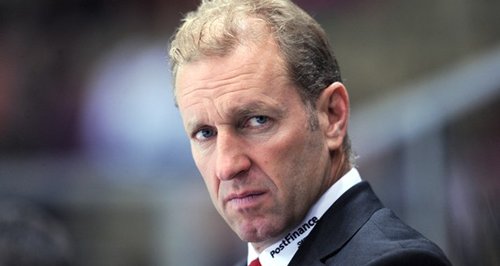 Saints have appointed a new chairman to replace Nicola Cortese, who controversially quit in January.

Ralph Krueger has been appointed Southampton chairman just weeks after helping Canada to ice hockey gold at the Winter Olympics.

The 54-year-old was special adviser to the national team in Sochi, following roles as head coach of Switzerland and Edmonton Oilers in the National Hockey League.

Krueger has a strong background in sport leadership - but no experience in football - and has been appointed chairman of the holding company, St Mary's Football Group Limited, by owner Katharina Liebherr.

"I am honoured to take on the role of chairman of Southampton Football Club and the group,'' the Canadian-born German said.

"I have had the opportunity to meet with a large percentage of the staff at Southampton and it is clear there is a positive soul throughout the club, both at St Mary's and the training ground.

"We will build on that soul by creating platforms of open communication both inside with the staff and outside with our fan base.

"Although there is a solid foundation in place, the club still has tremendous untapped commercial potential.

"We will continue to nurture 'The Southampton Way' by reaching for consistent growth in all departments to ultimately build a culture that allows Southampton to remain healthy and sustainable in the future.''

The club has undergone rapid change at the top since Nicola Cortese resigned as executive chairman in January.

The Italian was instrumental in the club's purchase by Markus Liebherr in 2009 and stayed on after the Swiss billionaire died suddenly the following year.

Cortese helped the club rise from League One to the Premier League, but was replaced by Lieberr's daughter Katharina as non-executive chairman eight weeks ago.

Krueger, a member of the World Economic Forum, was brought in as part of a restructure and has now been confirmed as Saints chairman.

"Ralph has an impressive background in major league sport at all levels, it is his experience as an expert in leadership, motivation and team-building that makes him ideally suited for this important position in the Saints organisation,'' Katharina Liebherr said.

"He has been a leading advisor and coach to senior management in large international corporations for the past 20 years. In addition, he has been an active member of the World Economic Forum since 2011.

"The news that Ralph has agreed to take on the role of chairman at the club follows a calm and steady process of identifying a board that will bring the stability needed to achieve long-term success both on and off the pitch.

"I will remain on the board, with an active involvement, and we will continue to move forward with great respect for Saints' history, while at the same time work towards a process that is creative, unique, dynamic and modern.''

The latter is currently the club's interim chief executive officer, who will also remain an executive director of the football club's board alongside Les Reed.