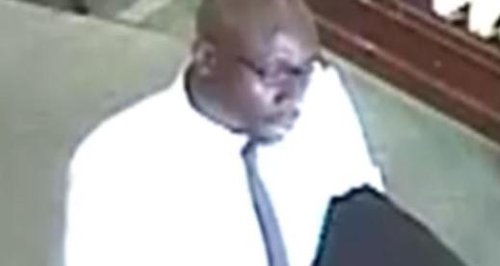 Police in Southampton are trying to find a man who stole three engagement rings, worth a total of £26,000.

They' vehave released images of a man they would like to speak to following the theft from Picketts and Pursers on Above Bar Street in the city centre.

Just before 4pm on Tuesday 6 May, police received a report that a man entered the store and requested to view engagement rings stating that his budget was £10,000. He looked at the rings and then is believed to have taken three of them.

He was followed by the sales manager and two members of the public, but escaped after a lengthy foot chase.

The three rings are described as:

Police have now released images of a man they would like to speak to in connection with this theft. He is described as:

- Black.
- In his early 30’s.
- Approximately 5ft 9inches tall.
- Very short black hair.
- Medium/athletic build.
- He was wearing glasses and had short designer stubble on his face.
- He did not have an accent, and he was polite.
- He was wearing a black tie, white shirt and black trousers that were tailored. He was not carrying anything.

Detectives are investigating whether this theft is linked to similar reports in Windsor, Kingston-Upon-Thames, Shepherds Bush, Worthing and Haywards Heath, which have taken place since last December.

Anyone with any information is asked to contact DC Robert Cox at Shirley police station on 101 or via the website http://www.hampshire.police.uk/internet/do-it-online/online-forms/message-for-officer.html

You can also call the charity Crimestoppers line on 0800 555 111 where information can be left anonymously.