Navy Supercarrier To Arrive In Portsmouth This Month

The Defence Secretary's announced Britain's new supercarrier could sail into Portsmouth Naval Base for the first time, as soon as next Thursday.

A six-day 'window for entry' will open for HMS Queen Elizabeth, to allow for weather conditions.

The 65,000-tonne Carrier, the biggest warship ever to be built in Britain, has been undergoing sea trials since setting sail from Scotland's Rosyth dockyard in June. She is now set to make her historic arrival into Portsmouth, where she will be the latest in a long line of famous Royal Navy ships to call the port home.

Whilst weather conditions mean the exact date of the historic moment is yet to be confirmed, the window for entry will open next Thursday 17 August, with her arrival expected no later than the following Tuesday, 22 August. 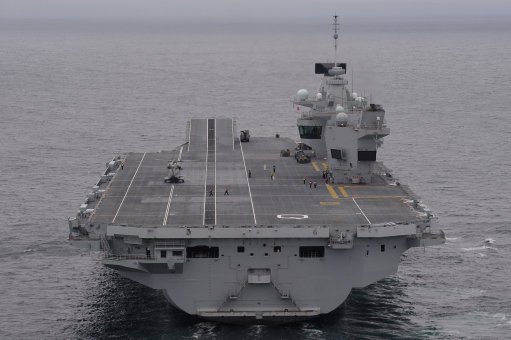 "In just two weeks' time, the most powerful warship ever built for Britain's famous Royal Navy is set to sail into her proud new home in Portsmouth.

"HMS Queen Elizabeth will be the Royal Navy's flagship for the next 50 years, keeping us safe by deploying across the seven seas, using her strike power to deter our enemies."

With only three other countries in the world building aircraft carriers, HMS Queen Elizabeth will give Britain the capability to lead the way in tackling global issues in an increasingly uncertain world, from providing humanitarian relief to high-end warfighting.

Sir Michael also confirmed that flying trials will begin next year, with 10 F-35B Lightning II fighter jets and 120 aircrew already working up in the United States.

Both aircraft carriers are being delivered by the Aircraft Carrier Alliance.