The Merlin Mk 2 helicopters have been flying on and off the £3 billion HMS Queen Elizabeth since last June - but the pilots will now operate from on board full-time.

Until today, the Culdrose-based 820 Naval Air Squadron (NAS) aircraft, equipment and people have been based ashore and simply flown on and off the ship. It marks the first time any squadron has fully embarked in the ship, moving their people, kit and helicopters on board to live and operate there 24 hours a day.

"For us as maritime helicopter pilots, it has been an amazing experience being the first to work with our new aircraft carrier from the beginning.

"We have been itching to get on the ship rather than operate with her from ashore. We all joined the Fleet Air Arm to operate aircraft at sea, and to be the first to do it on board HMS Queen Elizabeth is very exciting."

While it is normal for 820 NAS to be operating from sea, it will be a new experience for HMS Queen Elizabeth to have a whole squadron on board.

The squadron is also suited to provide force protection to the ship for the duration of her time at sea. With one of the most modern and capable sensor suites fitted to any helicopter in the world, the crews of 820 NAS can send information back to the ship from hundreds of miles away.

They can detail exactly what is in the water space around HMS Queen Elizabeth, presenting the war fighting team on board with all the information they need to keep the ship safe. 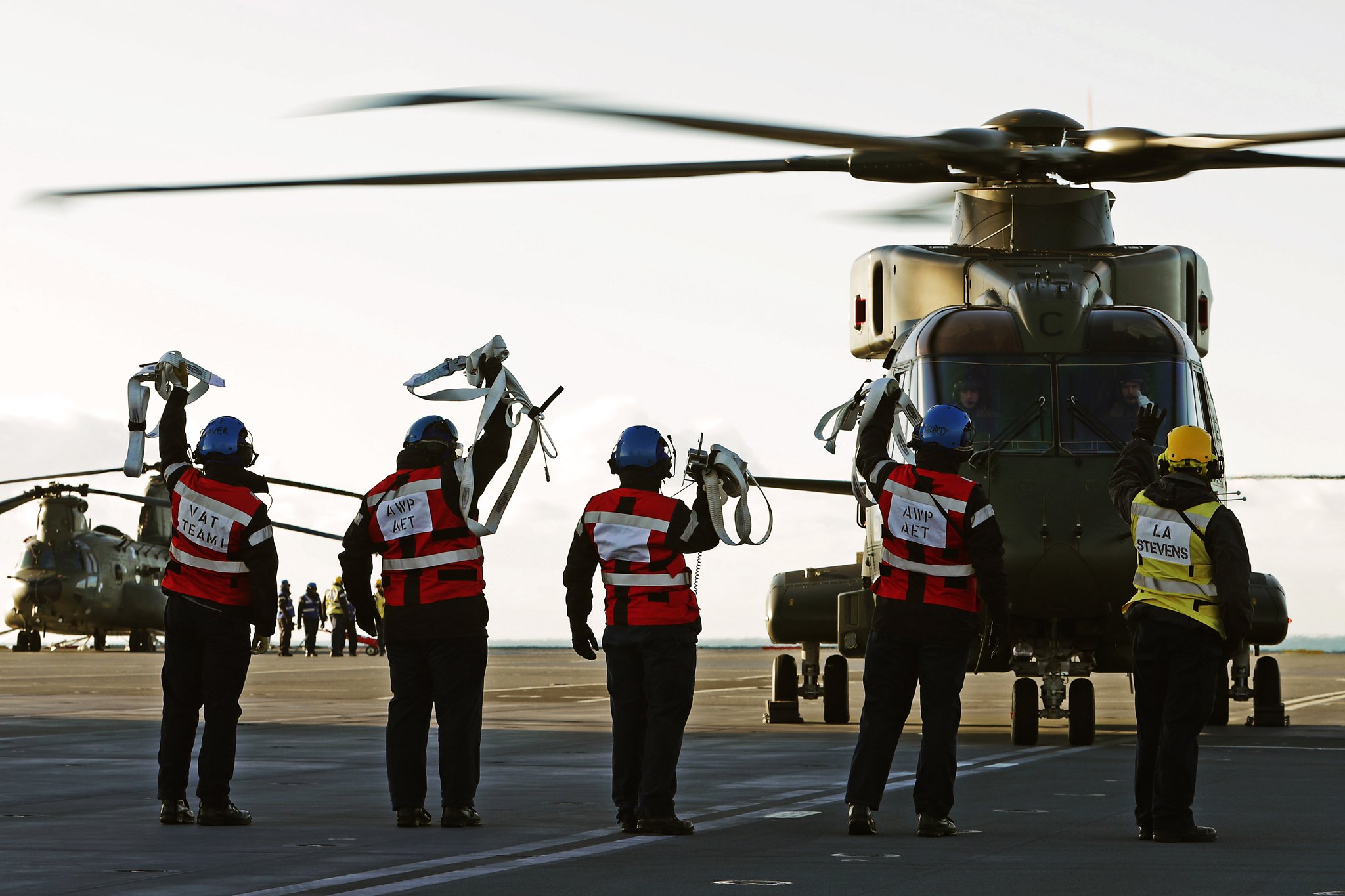 "Maintaining aircraft at sea is always challenging. We have to work in confined hangar spaces on a pitching and rolling deck - you can't even put a screwdriver down without it rolling away and getting lost. But having just joined HMS Queen Elizabeth, I'm gobsmacked at how good our facilities are on here. There's so much space, it makes our lives significantly easier."

The two 820 NAS aircraft were joined by two additional Merlins, from the Aircraft Test and Evaluation Centre at MOD Boscombe Down. They, along with two Chinook helicopters already on board, will conduct first of class flying trials to work out the operating parameters of the aircraft flying from and to the carrier at sea in a variety of conditions.

Meanwhile work continues at a pace in Rosyth on HMS Queen Elizabeth's sister ship, HMS Prince of Wales. The second aircraft carrier was floated for the first time just before Christmas and is now alongside a jetty for the next phase of construction work