Man Wanted Over Burglaries In Hampshire 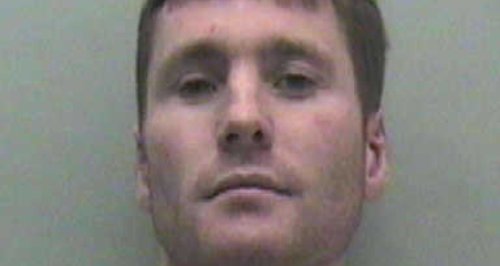 Police have named a man they want to speak to over a string of burglaries across Hampshire, Sussex, Kent and Essex.

Simon Peter Knights is wanted in connection with three burglaries in Hampshire, seven in Sussex as well as an attempted burglary and one in each of Kent and Essex.

A £2,500 reward is being offered for information that leads to the arrest and conviction of Knights for at least one of the offences.

Between 12 June and 19 June there were burglaries at Oving Road, Oving, at Downview Road, Elm Grove and Barnham Road in Barnham, at Barnham Road in Eastergate, at Park Road in Burgess Hill and at Watling Road, Southwick.

There was also an attempted burglary in Barnham that week.

Cash, jewellery and electrical items have been stolen during the break-ins.

Officers have been trying to track down Knights, 38, since June but he has now been linked to later offences in Hampshire, Kent and Essex.

"We need to speak to Knights about the eight offences in June in Sussex but have not been able to trace him so far.

"We believe that he uses the rail network to get around so people might see him on trains along the south coast. He has links to Essex so could have returned there but we need anyone who sees him to contact us as we do not know where he is.

"If you have any information about where he is or where he has been, please get in touch."

Knights is white, about 5' 8" and has ginger hair and blue eyes.

Anyone with information should email 101@sussex.pnn.police.uk quoting serial 840 of 16/06, call 101 or contact the independent charity Crimestoppers anonymously on 0800 555111. If you see or hear a burglary taking place call 999 immediately.