Two people have been charged with conspiracy to murder mother-of-five Pennie Davis in the New Forest, on the day her family gather for her funeral.

The 47-year-old supermarket worker was stabbed to death as she tended her horses near Beaulieu, Hampshire, on 2 September.

Benjamin Carr, 22, and Samantha Maclean, 28, both from the New Forest, had previously been arrested in connection with the investigation and have now both been charged with conspiracy to murder. They are to appear before Southampton Magistrates' Court later (Friday 24 October).

A Hampshire police spokesman said: ``Pennie's family have been informed of this latest development.''

``I have authorised Hampshire Constabulary to charge Benjamin Carr, 22, and Samantha Maclean, 28, with conspiracy to murder Penelope Davis, 47, from Blackfield, on 2 September.

``Mrs Davis was found killed when she was tending to her horses in a paddock near Leygreen Farm in Beaulieu. Her husband Peter Davis found her dead. She had sustained several stab wounds.

``I carefully reviewed all the available evidence provided to me by Hampshire Constabulary and, in accordance with the code for Crown prosecutors, I am satisfied that there is sufficient evidence for a realistic prospect of conviction and it is in the public interest to prosecute Benjamin Carr and Samantha Maclean with conspiracy to murder Penelope Davis.''

Justin Robertson, of no fixed address, who is accused of murdering Mrs Davis, has previously been remanded in custody by Winchester Crown Court until a plea hearing on 18 December. A trial is expected to take place next year, possibly in March.

Leanne Doyle, 24, of Beech Crescent, Hythe, was also charged with assisting an offender and perverting the course of justice.

Hundreds of people have been asked to dress in bright colours to attend Pennie's funeral service at Southampton Crematorium this afternoon.

Mrs Davis's husband Pete and children Sophie, Alex, Georga, Daniel and Josef, have asked that any donations be made to the Honeypot children's charity, or to the Pennie Davis Appeal Fund to educate and support the couple's two younger children. 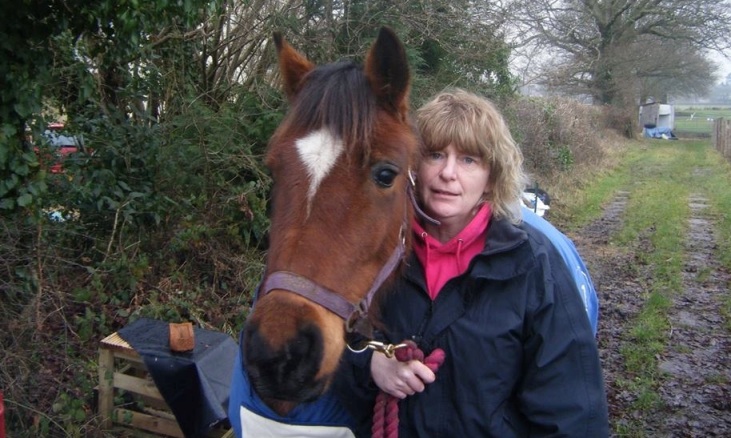 Following the death of the supermarket worker, her family said in a statement:

"We are devastated by the death of our beloved mother, wife, daughter, sister and friend.

"Pennie was a remarkable person. She was a devoted mother of five children who worked hard to ensure that they had everything they needed.

"She cared for and supported them in everything they did.

"In May she married her love, Pete, at a joyful occasion surrounded by her loved ones.

"Pennie was the kind of woman who once she became your friend she was a friend for life.

"We are overwhelmed by the outpouring of love and grief that her death has caused.

"She was particularly close to her mother who is devastated by her death and who joins the whole family in appealing to everyone for help in finding the perpetrator of this crime."