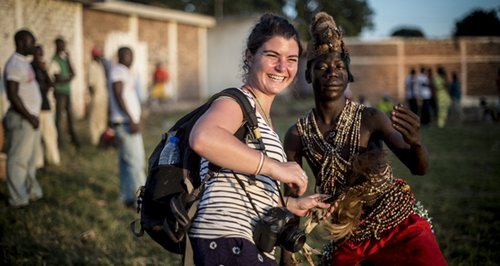 A former Southampton Solent University student has been murdered in Africa, while working as a photojournalist.

"The Vice-Chancellor, staff and students of Southampton Solent University are shocked and saddened to hear of the death of  journalism graduate Camille Lepage while working on assignment in the Central African Republic. Our thoughts are with her family and friends as they deal with this devastating news."

"Camille was an outstanding young photojournalist who felt passionately about the people in that part of Africa. She was such a warm and cheerful presence, who I'll remember at the heart of our newsroom - writing, organising and taking the best pictures we have ever had in our newspapers.

"The explosion of tributes on social media within minutes of the announcement was testament to her popularity. Her remarkable pictures had already been used by everyone from the BBC to the New York Times, and they are a precious legacy.

"She did the kind of cutting edge journalism which needs extraordinary talent and courage."