30 firefighters have tackled a big fire in Shirley High Street in Southampton.

Flames broke out in the first floor and roof space above the Paddy Power betting shop in Shirley High Street earlier.

The road was closed both ways with people are urged to avoid the area. The cause isn't known yet.

It's though it started in an unoccupied flat about the shop.

Crews have told Capital that investigation teams will arrive around 11am.

'We [were] dealing with a large fire in Shirley High Street. About 30 firefighters were on the scene. Please avoid the area.

'We had eight fire engines and two aerial ladder platforms on the scene. People in nearby buildings were advised to keep windows and doors shut.' 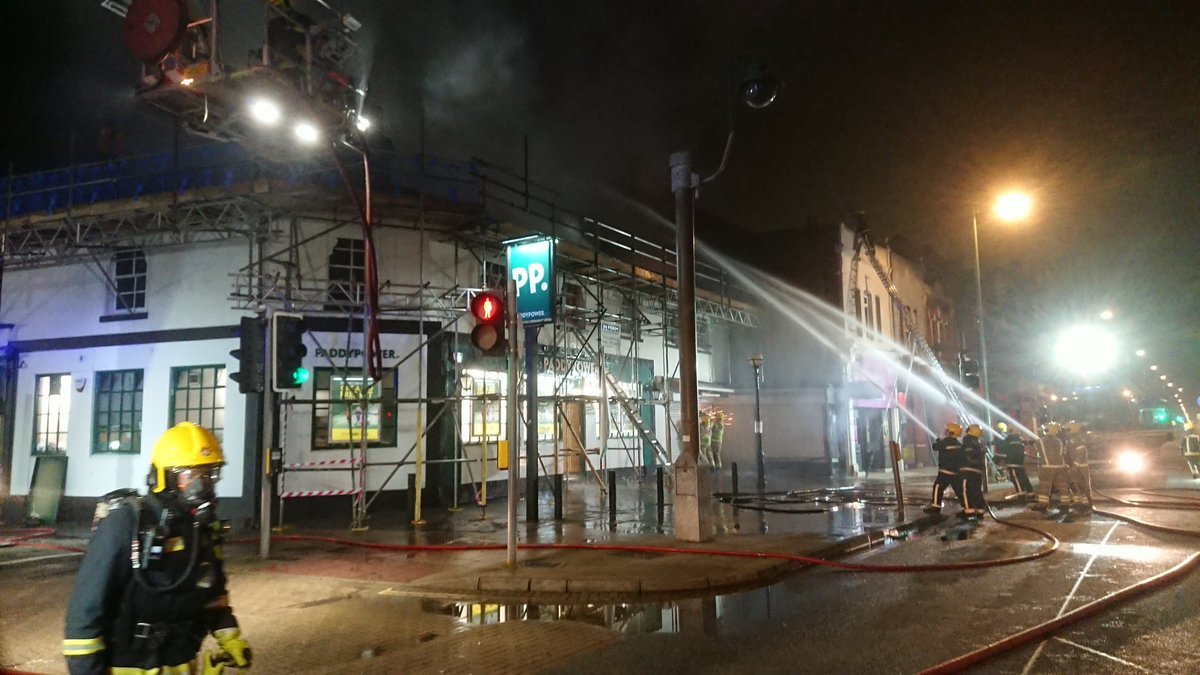 'Huge thanks to everyone at @HantsFireSafety for going over & beyond this morning dealing with the incident on Shirley High Street. Thankfully no one was injured, but a lot of people are in shock. I know our community will come together like we have so many times before when needed.

'I know local highway and transport teams are working tirelessly to help commuters and others that have been affected. They are sending out updates, so please keep a look out.'

@StMarys54 and @Redbridge53 first in attendance this morning at a fire on Shirley High Street. Road is currently closed. pic.twitter.com/yUkXX2ZIzO

We have eight fire engines and two aerial ladder platforms on the scene of #ShirleyFire. People in nearby buildings are advised to keep windows and doors shut #Shirley