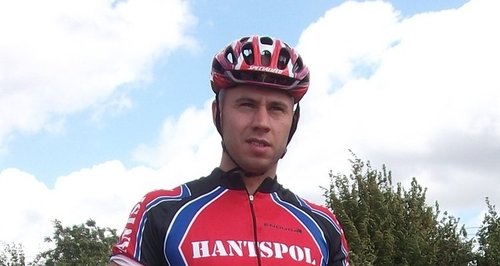 The family of a Hampshire police officer who died after he was involved in an accident during a cycling race at a velodrome have spoken of their "devastating loss''.

Pc Richard Phillips-Schofield, 33, was participating in the race at the Mountbatten Centre velodrome in Portsmouth on Sunday when the crash happened.

He was taken to the Queen Alexandra Hospital in Portsmouth after sustaining severe chest and head injuries, where he died on Tuesday afternoon.

His parents, Elizabeth and Frederick, brother Eddie and girlfriend Hannah, said in a statement: "We are overwhelmed by the love and support shown by Richard's friends, colleagues, community and fellow cyclists who have been making contact since we lost Rich on Tuesday.

"We were and always will be extremely proud of Rich, of what he achieved in his career and all of his personal and sporting achievements.

"He was a naturally gifted sportsman, and his great passion in life was for cycling, at which he was exceptional. Even more, we were proud of the man that he was.

"His loss is absolutely devastating, but the support everyone is showing is truly helping us.''

Mr Phillips-Schofield was a response officer for Hampshire police serving at Bitterne, and was previously stationed at Portswood.

An online book of condolence has been set up on the Hampshire Constabulary website for those who wish to leave a tribute to him.

"Rich's main passion was for cycling and he started his cycling at the Light Hall School in Solihull.

"He represented the force in cycling at the highest level, winning national and international awards; most recently garnering two gold medals and a silver medal in the World Police and Fire Games in Belfast.''