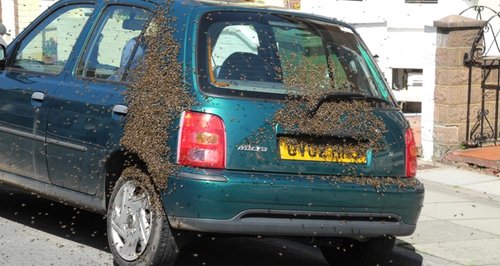 A car in Gravshott Road became the temporary home for a swarm of honey bees yesterday.

Around 10,000 insects covered most of the green Nissan Micra, before settling into a big mound under the wheel arch. 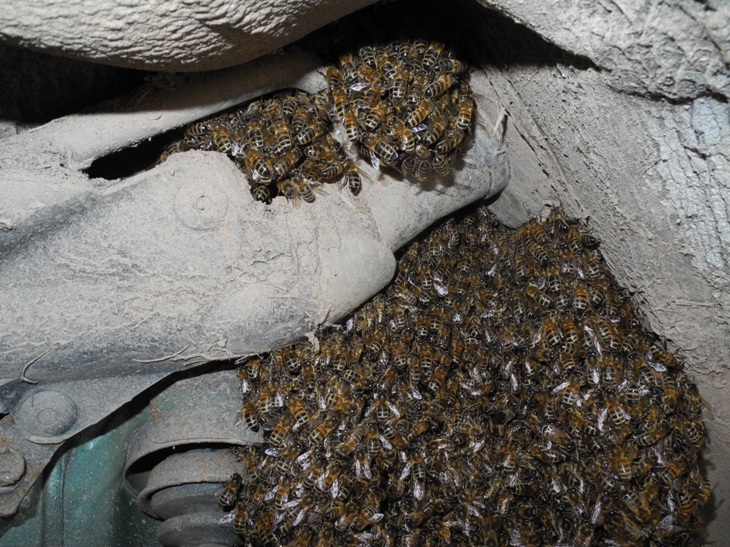 Portsmouth City Council contacted Graham Cook, a swarm collector responsible for the PO4 area of Portsmouth, to go and move the bees into a small temporary hive. 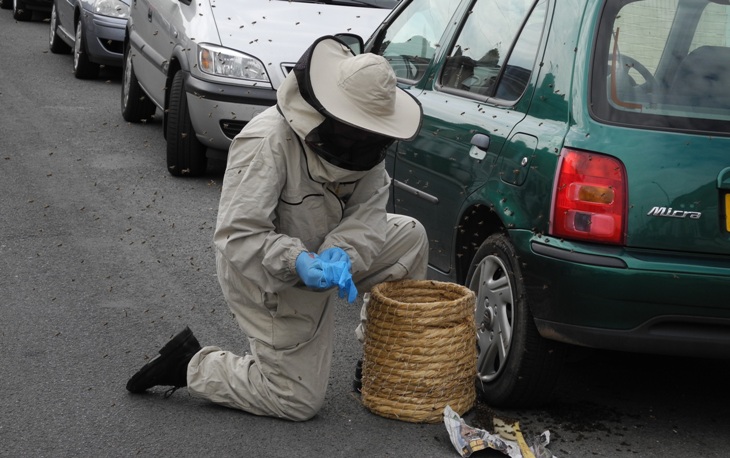 The bees were relocated to the back garden of a house on Highland Road in Southsea. 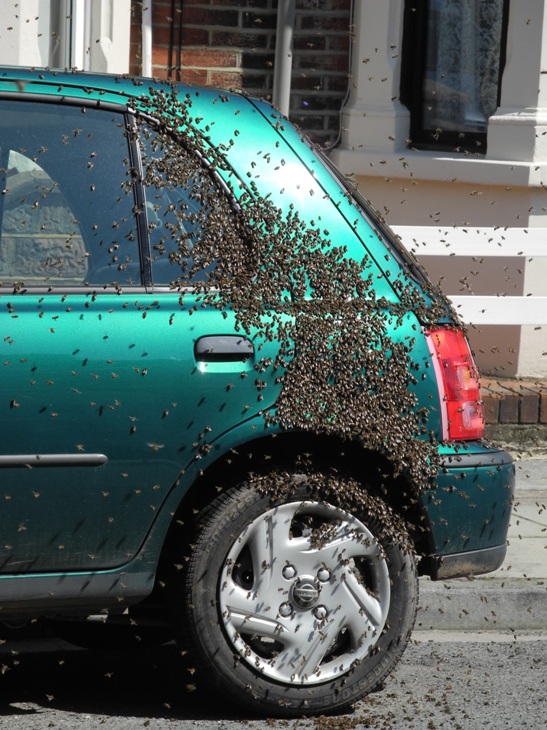 "It's not uncommon for them to land on a car, it all depends where the queen ends up.

"If the queen lands on a fence or a car, thats where they will congregate."