Biker Who Died In M27 Crash Is Named 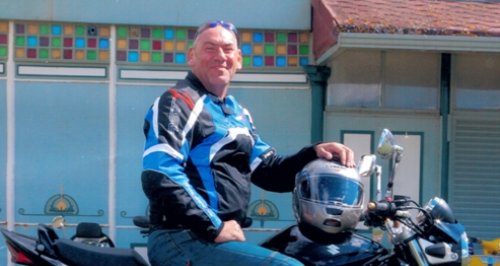 Police have named a motorcyclist who died in a collision on the M27 on Wednesday.

He was Robert Simmonds, 49, of Blackmoor Walk, Havant.

At around 6.40am on August 14th, the Suzuki Bandit motorcycle he was riding collided with a high-sided skip lorry or similar at junction five on the westbound carriageway.

Mr Simmonds was pronounced dead at the scene.

In a statement, his family said:

“The family are devastated by this tragic news. Rob was an experienced motorcyclist and loved to live life to the full. He will be missed by everyone who knew him.”

A driver of a waste truck later contacted police and was arrested on suspicion of causing death by careless driving and failing to stop. The 50-year-old from Southampton was bailed until September 18th.

Police are continuing their appeal for information about the collision and say they would like to hear from anyone who witnessed it or saw any vehicle involved prior to it.

Anyone with information is asked to contact the Roads Policing unit, quoting Operation Santawood, on 101 or the anonymous Crimestoppers charity on 0800 555 111.