A South Shields man who stabbed his girlfriend to death on Mother's Day has been handed an indefinite hospital order.

The judge in his trial ruled Ross suffers from paranoid schizophrenia - and sentenced him to be detained in hospital.

"Melissa was a vivacious outgoing girl, nothing got her down and she strived to achieve the best in life. She past her florist grades with plans of one day opening her own flower shop.

She absolutely doted on her children. She was a big family person. She loved all occasions and was always the first at the door with flowers and gifts. Her family was everything to her.

Melissa had a real charge for love, a really happy person.

Through this we have tragically lost Melissa's brother Liam. They were exceptionally close. He was a pure soul. He had a quiet gentle nature but after what happened to Melissa he couldn't' find peace and we had to watch him fade away.

The night we lost Mel, it was like we lost them both, he couldn't accept she was gone.

We are living with such mixed emotions and during this we have been unable to grieve.

We would like to try and move on with Melissa and Liam in our hearts and memories and would ask that our family is left to grieve in private." 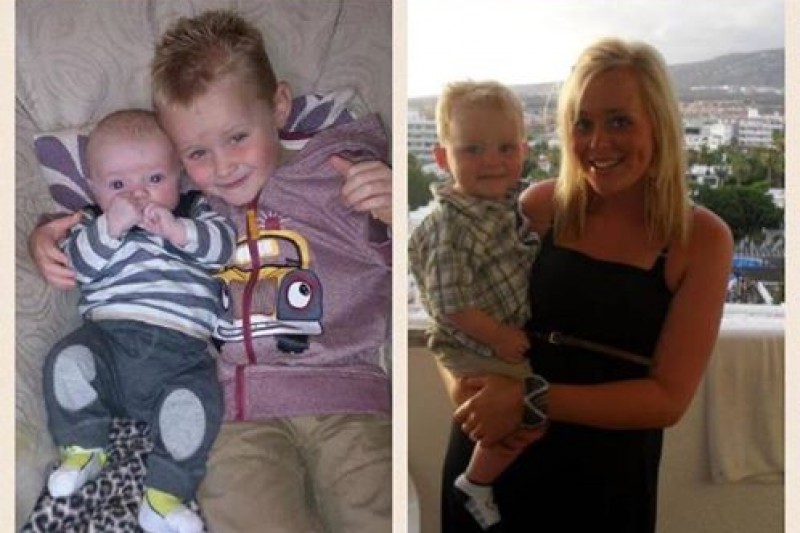 Anthony Ross refused to confirm his name when he appeared at Newcastle Crown Court, via video link to HMP Durham, over the killing of Melissa Liddle.

The 23-year-old mother of two was found dead at the home they shared at Oak Avenue, South Shields, on Sunday.

Ross, 24, was not asked to enter a plea to the murder charge he faces.

His barrister Toby Hedworth Qc told the court two psychiatrists and a psychologist have been instructed in the case.

A plea hearing will be held on June 4 and a trial could take place in September.

Judge Paul Sloan Qc adjourned the case and told Ross he was remanded in custody.

The 23-year-old woman who was found murdered on Mother's Day at a house in South Shields has been named by police as Melissa Liddle.

Her body was discovered at an address on Oak Avenue in South Shields on Sunday.

A 24 year old man's been charged with murder.

A 48-year-old was originally arrested on suspicion of assisting an offender but police have said he faces no further action.

A 24-year-old man has been charged with murder after a woman was found dead at a house in South Shields.

Officers were were called to an address on Oak Avenue on Sunday night where they found the 23 year old.

Anthony Ross, of Oak Avenue, South Shields, has been charged with murder and is due in court later.

A woman's been found dead at a house on Oak Avenue in South Shields.

Police were called to the house at 8.10pm last night (Sunday 15th March) where a woman was pronounced dead at the scene.

Officers are carrying out enquiries to establish the circumstances surrounding the woman's death.

A 24-year-old man has been arrested on suspicion of murder and is in police custody.

A 48-year-old man has been arrested on suspicion of assisting an offender and is also in police custody.

Extra officers are in the area to carry out enquiries and offer reassurance to local residents.

Acting Detective Chief Inspector Andy Fairlamb said:
"Local residents will see an increased police presence in the area as we carry out enquiries into this incident. Officers are also in the area to offer reassurance and anyone concerned can speak to an officer.

If anyone has information that could help with police enquiries I'd urge them to contact police."