A full size Wild West town's been built in North Yorkshire, as Adrenalin open their doors to the 'Purgatory' paintball centre

It's taken over 12 months to build 'Purgatory' from scratch at the site near Richmond.

The site hosts 30 buildings, including the Sheriff's office complete with a cell, a bank, a post office and church.

It looks like a film set. It is a really intricate game field to play.

It's everything you could imagine if you owned your own Wild West town.

We got carried away with our imagination and started putting multiple rooms in the buildings.
We had to lay 150 tonnes of hardcore, netting to keep the ground stable, and a couple of hundred tonnes of mulch on top of that. Then we started building the structures. It's all been done by hand.

This is only the beginning though. We're gonna add a courthouse with 4 rooms and staircase, a school, a two-storey barn and that'll keep us going for the next couple of years."

PICTURED BELOW: The Saloon in Purgatory's wild west village 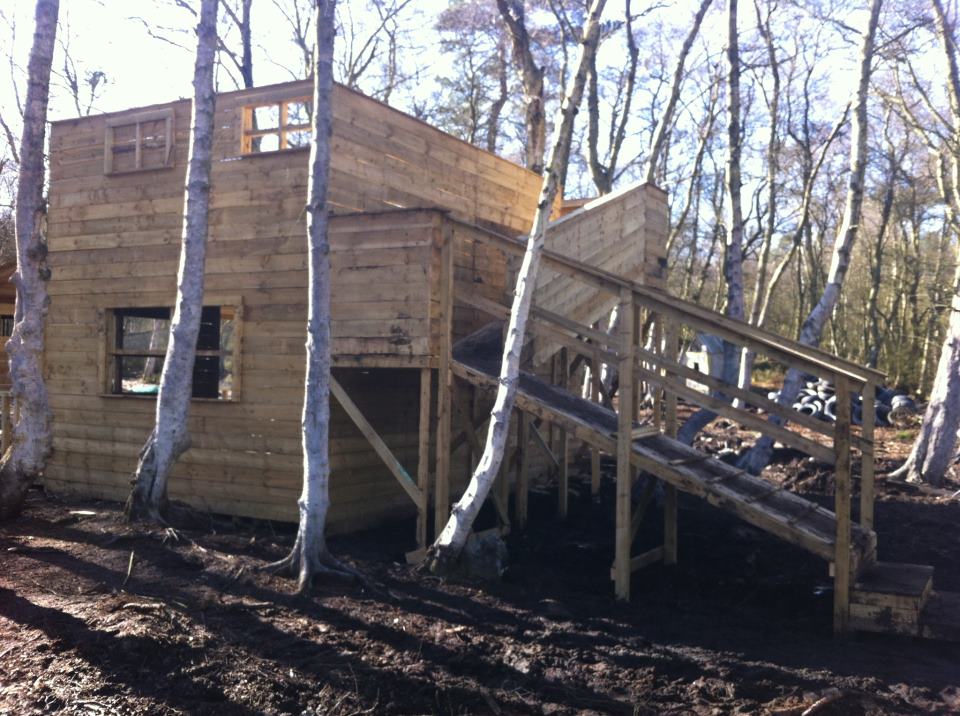