The Foundation of Light, Sunderland's official club charity, are urging businesses, schools and homes to decorate Wearside red and white.

The idea behind the Red and White City campaign is to get everyone on Wearside involved in Capital One Cup Final fever and celebrate this great region.

Decorate your house, school, workplace and even yourself in red and white in the run up to the Capital One Cup Final on March 2nd and you could win SAFC home game tickets.

Fans, businesses and schools are also being given the chance to be part of an online gallery which will show how passionate and proud SAFC fans are to the world. 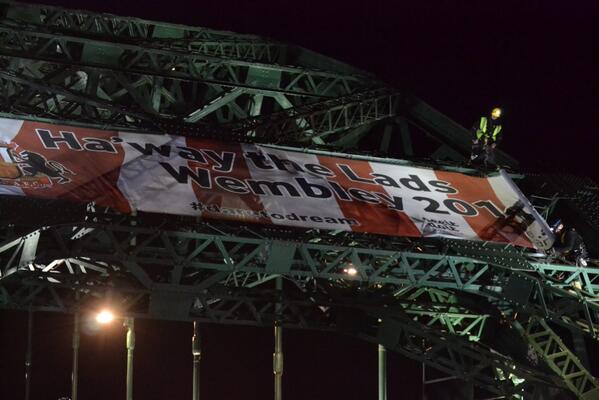 Ken Teears from the Foundation of Light told Capital:
"We want all Sunderland fans across County Durham, South Shields and Sunderland to treacly harness the excitement of this game, show their passion and carry the roar all the way down to Wembley.

We want all the fans to really show they're getting behind the team because this is a really amazing achievement for the club."

For more information about the Foundation of Light and to see a gallery of images from the Red and White City campaign from participating businesses and schools, visitwww.foundationoflight.co.uk or follow @SAFCFol