Keep up to date with the craziness of transfer deadline day in the North East.

Newcastle united youngster Curtis Good has joined Scottish Premier League side Dundee United on loan for the rest of the season.

The 20-year-old defender signed a 6 year contract on Tyneside in July 2012.

He spent spent some of last season on loan at Bradford City, but made a Capital One Cup appearance for the Mags back in August.

He's eligible to play for Dundee against Partick Thistle tomorrow.

The 24-year old arrives on Wearside after agreeing a three-and-a-half year deal with the Black Cats, for an undisclosed fee.

The player will wear shirt number 26. 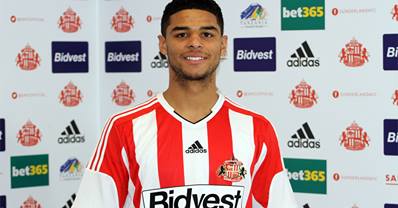 Still waiting on confirmation of the Kevin Doyle deal.

06:35am
There are reports Middlesbrough have agreed a deal to sign Wolves striker Kevin Doyle on loan.

***
06:00am
Newcastle are believed to be interested in Lyon's Clement Grenier as a replacement for the departed Yohan Cabaye.