Russian Student Vladimir Aust has pleaded guilty to making an explosive substance - after staff and students at Newcastle University had to be evacuated.

The 18 year old confirmed his name and entered a plea of guilty to the charge of making an explosive substance.

A charge of carrying two knives near to the Russian embassy in London was dropped by the prosecution after Aust pleaded not guilty to it.

Two 18-year-old Russian students studying at the university were arrested after bomb disposal units were called in and a controlled explosion was carried out.

Northumbria Police said this morning another cordon has been put in place.

The area around Percy Street and St Thomas Street is affected. 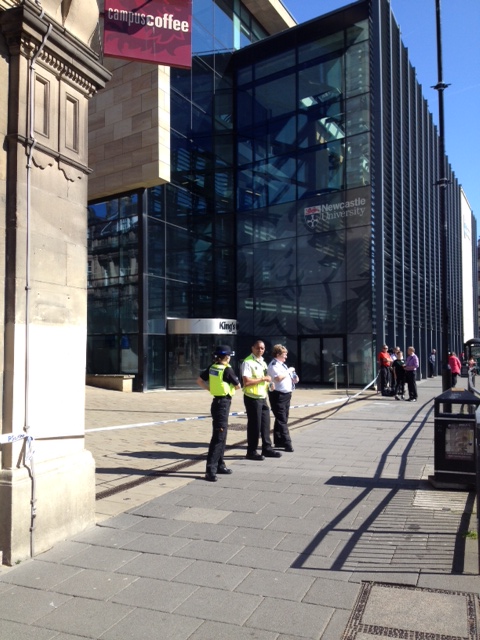 Two men aged 18 arrested in connection with this investigation remain in custody helping with enquiries.

Overnight a small amount of a potentially suspicious substance has been recovered from the same location and will be removed from the building in due course. The building has temporarily been evacuated as a precaution and EOD are in attendance at the university building.

The ongoing activity is necessary to support the investigation, which centres around explosive offences linked to substances recovered from the university.

We're working closely with Newcastle University to keep disruption to a minimum for staff, students and members of the public.

We must stress that this is the usual procedure in such investigations.''

Two Russian students have been arrested following a controlled explosion after the discovery of "potentially suspicious items'' at Newcastle University.

Students and staff were evacuated from a campus building after concern was first raised at 10am on Tuesday and a cordon was eventually established.

Northumbria Police confirmed both men are Russian students studying at Newcastle University and they remain in custody.

An 18 year old man's been arrested after suspcious devices were found at a Newcastle University building.

A controlled explosion has been carried out on Newcastle Town Moor, after 'potentially suspicious devices' were found at a Newcastle University building.

The explosion was carried out as a precaution by the EOD - Explosive Ordnance Disposal - unit.

Northumbria Police say they want to reassure residents this was a planned event and reiterate it is in connection with the incident at Newcastle University. 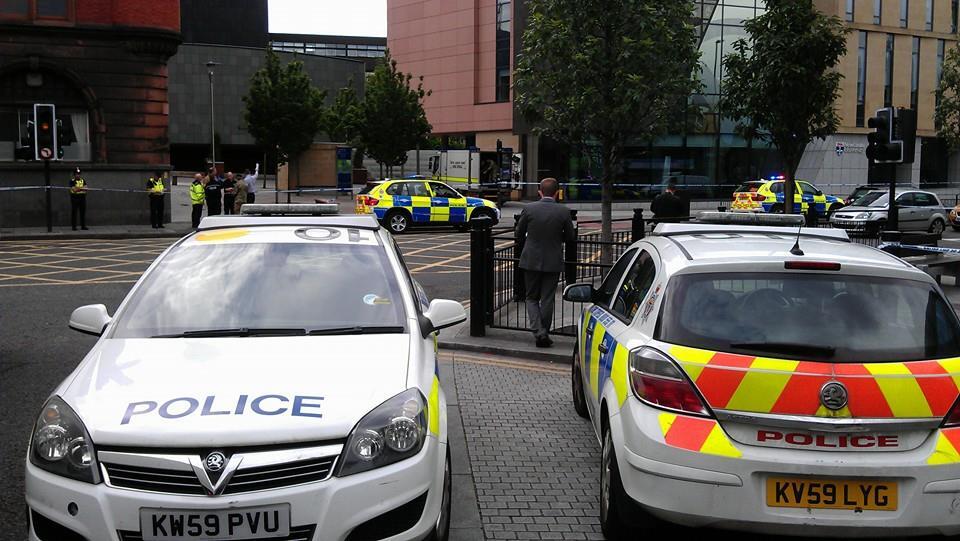 Chief Superintendent Laura Young said:
"Police have been searching a Newcastle Unversity building and the building has been evacuated as a precaution so that items can be recovered and examined.

Residents around Newcastle Town Moor may have heard a slight bang and I would like to reassure them this is in connection with the incident at the University and was planned."

Enquiries are continuing. The 18-year-old man arrested in connection with the investigation was arrested in London.

A university building was evacuated after "potentially suspicious items'' were discovered.

Searches of the INTO Building - which provides accomodation to international students - are being carried out.

An 18-year-old man has been arrested and is helping detectives with their inquiries. 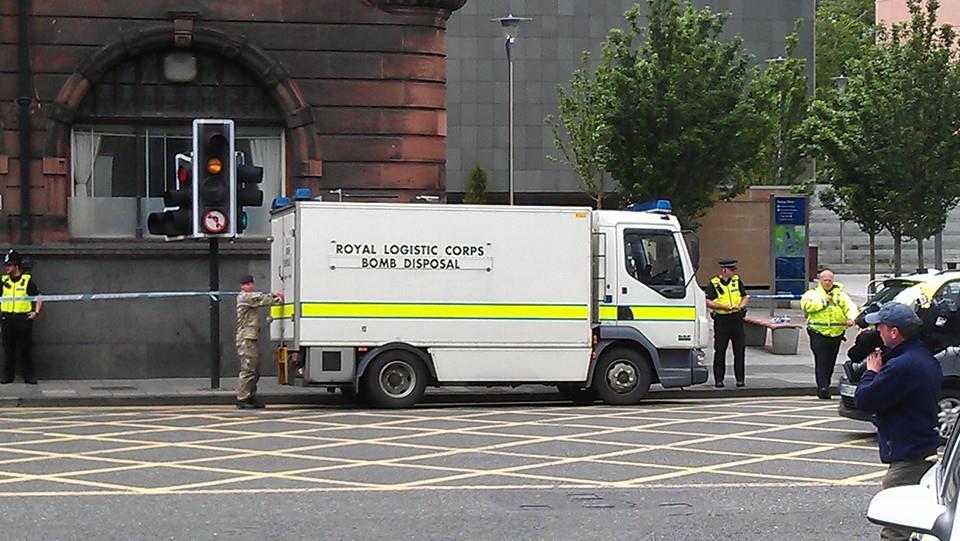 A force spokesman said:
"Potentially suspicious items have been found and the building has been evacuated as a precaution so the items can be recovered and examined.

Inquiries are in the early stages and we are working closely with Newcastle University.

There is currently no cause for concern for students and the wider community.''

A specialist robot was seen being taken into the building by bomb disposal experts (pictured below)and a number of roads around the building have been cordoned off. 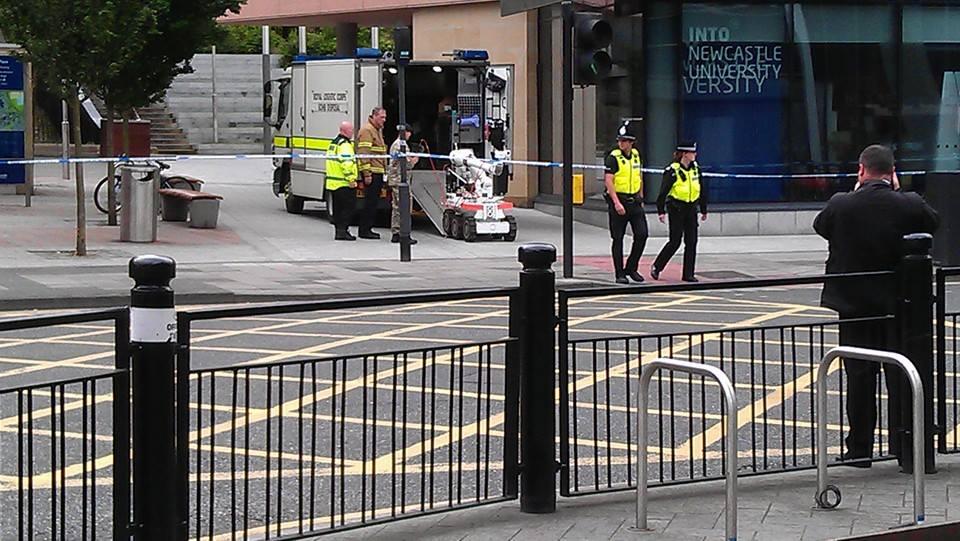