The incident happened just after 8.15pm on Thursday, 5th February following the Sunderland v Newcastle under 18’s football fixture held at the Stadium of Light

PC Michelle Clark said,
"A group of supporters left the ground before the game had finished and headed to the station. Once in the station one of the group threw a smoke bomb off the platform in the direction of a group of Sunderland supporters in the car park.

The smoke bomb hit a wall and landed back onto the platform close to where passengers were waiting for the next service.

The man boarded the 8.21pm service with the rest of the group and travelled into Newcastle where he got off the service at Monument station at around 8.46pm. 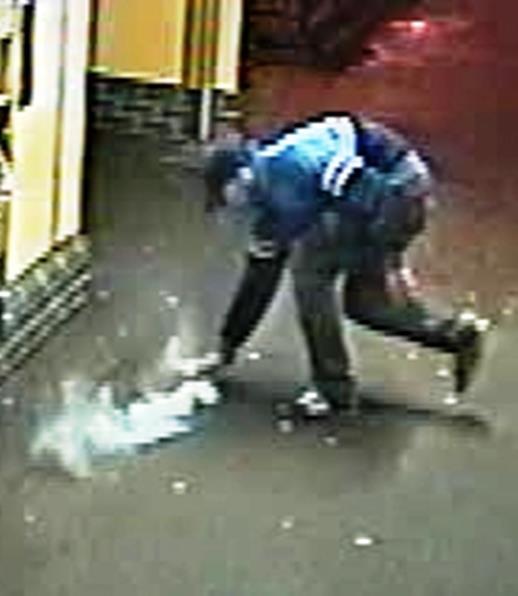 Smoke bombs can be dangerous as they burn at extremely high temperatures and are designed to be used in wide open spaces not in confined areas like train stations.

They are also hazardous for those with asthma or breathing difficulties and can cause panic in a tightly packed areas.

We have undertaken a number of enquiries in an attempt to trace the man but to no avail. If you recognise him please get in touch."