A man arrested over the death of Rachel Wilson in Middlesbrough has been released on bail.

Her remains were found at Newham Hall Farm 10 years later.

A 55 year old man's been arrested by police investigating the murder of Middlesbrough teenager Rachel Wilson.

Her remains were discovered in a secluded location at Newham Hall Farm on the outskirts of the town in June 2012.

Cleveland Police have told Capital her family, who have appealed in the past for the public's help in finding her killer, have been informed of the arrest. 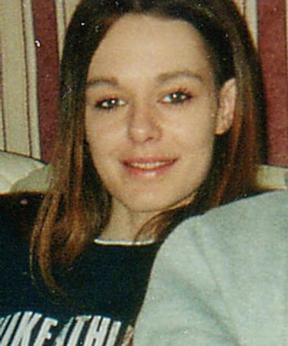 The sister of murdered Middlesbrough teenager Rachel Wilson has spoken to Capital.

A major police investigation began at the time with hundreds of lines of enquiry and numerous media appeals - including personal appeals from Rachel's mum Tina Wilson.

It continued over the following years, but no one ever knew what had happened to her.

In June 2012, human remains were found in a secluded location at Newham Hall Farm on the outskirts of Middlesbrough.

These were confirmed as being those of Rachel and a new murder investigation was launched.

Rachel was finally laid to rest in September 2012, 10 years after her family last saw her alive.

Rachel's sister Nicola has been speaking to Capital:

People with information can phone Cleveland Police on 101 or the independent charity Crimestoppers anonymously on 0800 555 111.

A body found on farmland in the Middlesbrough area was that of a teenager who was murdered after she disappeared 10 years ago.

19 year old Rachel Wilson, went missing from the Southfield Road area of Middlesbrough, where she was a sex worker, in May 2002.
Cleveland Police confirmed that human remains found at Newham Hall Farm on the outskirts of Middlesbrough were hers.

A 57-year-old man was arrested in 2003 following her disappearance but released without charge.

At one point 100 officers were working on the investigation which has been led by several senior figures over the last decade.

Cleveland Police are investigating possible links with the disappearance of two other women.

Vicky Glass was 21 when she vanished from Middlesbrough town centre in September 2000.

Donna Keogh was 17 when she went missing from a Middlesbrough house party in 1998, and police believe she was murdered although no body has ever been found.