Jessie J has been confirmed to headline North East Live when it returns to Sunderland's Stadium of Light in 2014.

The region's biggest pop festival is returning to Wearside - with Jessie J toping the bill.

Rizzle Kicks, The Saturdays, The Vamps, Union J and more will be joining her on the stage.

Jason Derulo will be jetting in from the USA to play his only outdoor UK tour dates for 2014.

Tickets will be priced from just £25 and go on sale at 10:00am on Saturday 14th December

SAFC Commercial Director, Gary Hutchinson, told Capital
"Naturally we are absolutely delighted that the event is coming back to the Stadium of Light.

There is great line-up already in place for 2014 and its one that I'm sure will appeal to a diverse audience.

The show really does have something for everyone and it;s an affordable price for what will be a great days' entertainment." 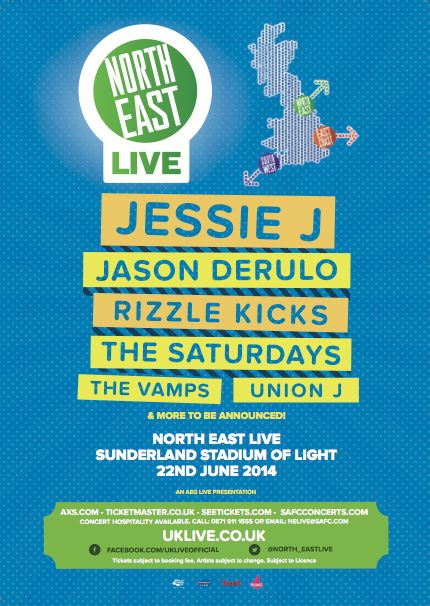