Thousands Of Runners To Take Part In Great North 10K

Between 5,000 and 6,000 runners will take to the streets of Gateshead this weekend for the Great North 10K.

It's the biggest 10K event that's held in the North East.

The Bupa Great North 10k first started in1977, and is considered to be the start of the 'fun running' revolution in the UK.

The first 'Bupa Great North 10k' took place in Sunderland in 2009 with 5,000 runners completing the coastal course in a different ground; the Stadium of Light.

By 2010, the event became the biggest in the North East behind the iconic Bupa Great North Run.

Now back in Gateshead International Stadium, the route takes in the fantastic NewcastleGateshead Quayside and features the Millennium Bridge, The Sage and the BALTIC Centre for Contemporary Art.

Dave Newton from Nova, the race organisers, told Capital:
"It's a great training opportunity for people thinking about taking part in the Great North Run in September.

There's been a massive growth in running, especially women.

People are doing it for a lot of different reasons too - charity, fundraising and fitness."

Entries for the run close at 12pm today. 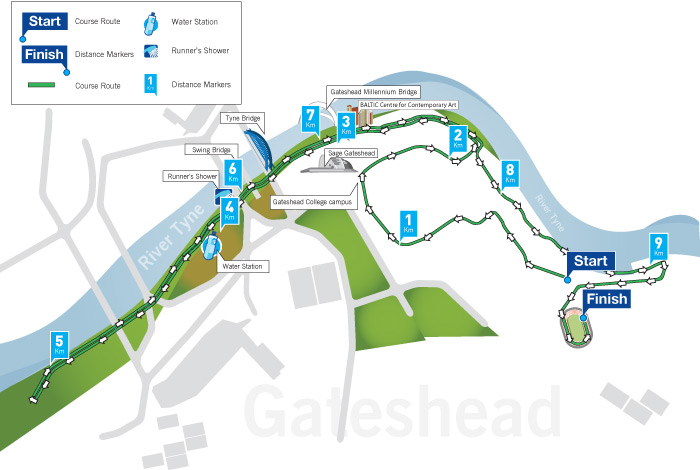