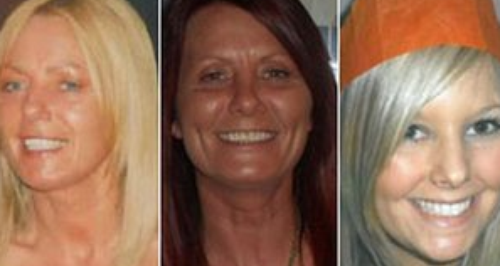 The Independent Police Complaints Commission says gun owners should declare police cautions when applying for licences, after a family was shot dead in Peterlee.

42 year old Michael Atherton, killed his partner Susan McGoldrick, her sister Alison Turnbull, and Alison's daughter Tanya, following a row at his home on New Year's Day last year, then shot himself in the head.

He had six legally-owned guns despite having a history of drunken domestic violence and threatening to "blow his head off'' in 2008.

Police had been called out to his address four times to claims of domestic violence, and on one occasion he had received a caution.

However he was not obliged to declare this on his gun licence application.

Police watchdog the Independent Police Complaints Commission (IPCC) said that anyone with a caution should be made to declare it.

In a number of national recommendations made in the wake of the Atherton case, the IPCC said:
"The Home Office should consider that applicants be required, as part of the application procedure, to disclose all cautions, bind-overs and fixed penalty notices.''

The watchdog highlighted the lack of guidance around domestic violence cases, and said that there is no advice saying partners and relatives should be consulted over gun licences.

It said:
"The Home Office, Association of Chief Police Officers (ACPO) and the College of Policing should devise clear guidance and tighter restrictions around applications for firearms or shotgun certificates where there have been previous allegations of domestic violence or incidents which have not resulted in convictions.

Checks with police Domestic Violence Units should be a mandatory requirement for all new applications.''

Atherton claimed on his application that he did not drink, however he was drunk every time that police dealt with him, the report found.

It said:
"Despite indicating on his application form for a shotgun certificate that he abstained from drinking, Michael Atherton's interaction with the police both prior to and after the granting of his licences showed him to be intoxicated or in drink on every occasion.

The IPCC does not consider the current arrangements of a review at the point of renewal, every five years, as sufficient to identify any changes to a licence holder's circumstances during that time.''

The IPCC also recommended that markers be put on GP records when someone applies for a licence, in case the doctor has reason to think that they are unsuitable.

"Whilst the IPCC agrees that the onus should not be on General Practitioners to assess fitness or to predict future behaviour, GPs are more likely to have information which may cast doubt on a licence holder's suitability to possess a licence and therefore should have a positive duty to communicate concerns where the suitability of a licence holder may be brought into question.''

It called on the Home Office to streamline the current system to create one suitability and fitness test for firearms and shotguns, and said that a home visit and interview should be compulsory if an applicant's fitness is brought into question.

The IPCC also said that anyone with or applying for a licence should have a marker placed on the police national database for the lifetime of the certificate.

A Home Office spokesman said:
"The UK has some of the toughest gun laws in the world. The authority to possess firearms is only granted in limited circumstances and is subject to stringent control.

We are strengthening guidance on firearms licensing so intelligence about domestic violence is fully taken into account when police consider applications, as this is central to the police's consideration of whether an individual is fit to possess a firearm or shotgun.

As part of this process, which is well under way and will be completed by the end of this year, we are also carefully considering the other recommendations made by the IPCC.''

However, Simon Clarke, from the British Association for Shooting and Conservation, said the case showed failures in applying the law, not the law itself.

He said:
"What the investigations into the Atherton murders have shown is a clear failing in the licensing process within Durham Constabulary.

They missed several opportunities to remove Atherton's firearms permanently. This was not a failure in the law, but a tragic failure in its application.''

Mr Clarke added that forces should already have information linked to cautions.

Deputy Chief Constable Andy Marsh from the Association of Chief Police Officers said:
"Public safety must be the key priority for the police in assessing and reviewing our system of licensing firearms. I welcome the IPCC's national recommendations and I am working with police forces and partners to implement them.

Our focus for firearms licensing centres on three key aims: increasing public safety by preventing avoidable or foreseeable harm through improved governance, information-sharing and monitoring, improving the licensing processes making it rigorous yet cost-effective and fair, and providing an excellent service to the shooting community and the public.