A 21-year-old involved in a stand-off with armed police in North Shields has been arrested.

Northumbria Police were called to an address in Howard Street at around 2.10pm yesterday (Tuesday 30th September) after receiving reports of a man in a distressed state.

Locals said he threw roof slates from an upstairs window and a car below was damaged. The road was cordoned off and emergency services attended.

They reported the man was shouting at armed police and a stand-off developed until he was detained at around 7pm. 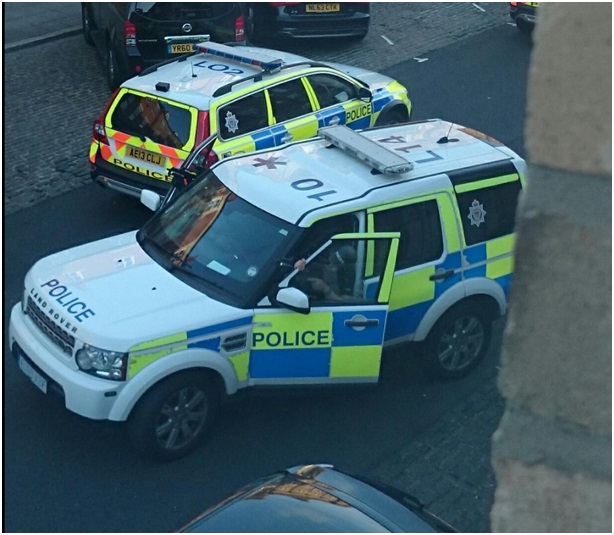 A police spokeswoman said the man had threatened to harm himself.

Superintendent Tim Walker said:
"This was an isolated incident with one person inside the property throughout.

The area was cordoned off as a precautionary measure and we had specialist officers, including negotiators, at the scene to bring the incident to a safe conclusion.

Residents are thanked for their patience and co-operation throughout.

Officers will be patrolling in the area and I'd urge anyone with concerns to speak to them.''

The man was arrested on suspicion of making threats to kill.