Manchester Teenager Dead After US Shooting

A teenage girl from Oldham was found shot dead close to the scene of a fatal shooting of a policeman in Florida.

17 year old Alexandria Hollinghurst, who had moved to the United States with her family six years ago, was discovered by police in an wealthy suburb of Orlando.

Officers were called to the scene at 4am on Saturday as backup for fellow police officer Robert German, but when they arrived they found he was dying from gunshot wounds.

They then heard two more gunshots nearby and found the bodies of Alexandria, known as Alex, and 18 year old Brandon Goode who was thought to be her boyfriend. 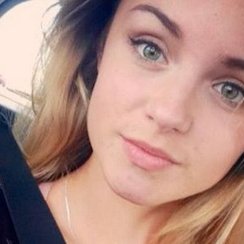 The Orange County Sheriff’s Office said it was believed the two teenagers may have taken their own lives after Officer German was shot dead.

However, it was also reported that Alex’s family believe she may have been murdered.