Detectives hunting a man suspected of killing Linzi Ashton in Salford have offered a £5,000 reward to help find him.

28 year old Michael Cope's been described by police as a 'dangerous man'', is wanted for the "sustained and vicious'' murder of Linzi Ashton, whose body was found at her home in Winton, Salford, on Saturday.

Miss Ashton, a 25-year-old mother-of-two, who had previously complained to police that Cope had raped and attacked her, suffered injuries to her face and head.

Her body was discovered by a relative at her home in Westbourne Road shortly before 6pm on Saturday.

Her two daughters, Daisy, two, and Destiny, seven, were not at the address at the time.

Cope and Miss Ashton were seen out together in public in Salford on Friday night, and it is thought Miss Ashton was last seen alive by a friend in the Eccles area shortly before 2am on Saturday. 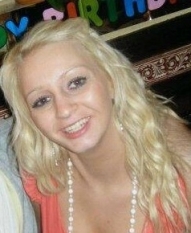 Cope has not been seen since, and police have warned anyone harbouring him that they will be prosecuted.

Supt Kevin Mulligan warned on Monday that Cope had a history of violent and aggressive behaviour, saying "he does represent a risk to the community''.

Speaking of the reward, offered by GMP and the charity Crimestoppers, he said:
"His (Cope's) picture has been widely circulated but he has still not handed himself in, so it is likely that he is being offered sanctuary by his associates. That is why we are announcing this reward of £5,000 for anyone who has information leading to Cope's arrest and conviction.

Five thousand pounds could be a life-changing amount of money so I want people to think long and hard and if you know where Cope is, then coming forward will not only lead to a financial reward but also the reward of helping to give Linzi's family the justice they deserve.''

Cope was in a brief "acrimonious'' relationship with Miss Ashton, a barmaid who worked at the Duke of York pub in nearby Eccles.

Mr Mulligan said police had been seeking to arrest Cope since the end of April when Miss Ashton made her complaint of rape against him.

The focus of the manhunt remained in Salford with a large police presence in the Winton area.

Liam Grime, the father of Miss Ashton's daughter Daisy, said he was among the people who discovered her body.

He told Sky News:
"Everybody loved her. She was the love of my life and there's never going to be anybody like her, ever.

I'll never be able to find anyone like her. She was devoted to the kids, she was everyone's friend, she put everybody first and she was a one off.''

In a statement, Miss Ashton's family said:
"Linzi was a much-loved daughter, sister, aunt and mum to two beautiful children, Destiny and Daisy.

She was the most beautiful, generous, caring person anyone could ever wish to meet.

She would never harm anyone and was always there for her children and family. She loved treating her girls to princess sleepovers, dressing up and baking for them. When she walked into a room it would light up with her energy and love.

Life will never be the same again without her. Our whole family and friends have been devastated by her death. The whole community is in shock.''