Cricketers in the East Midlands are paying tribute to Australian batsman Phillip Hughes on Twitter by posting pictures of their bats.

England and Nottinghamshire players like Stuart Broad (his bat pictured right), Alex Hales (his bats pictured below) and James Taylor have all uploaded photos this morning.

The 25-year-old died after suffering a head injury during a match in Sydney on Tuesday.

The director of Cricket at Nottinghamshire County Cricket Club has told Capital the sport is safe despite Phillip Hughes' death:

'I think cricket is a safe sport, it's a very difficult thing to say on a day like this. 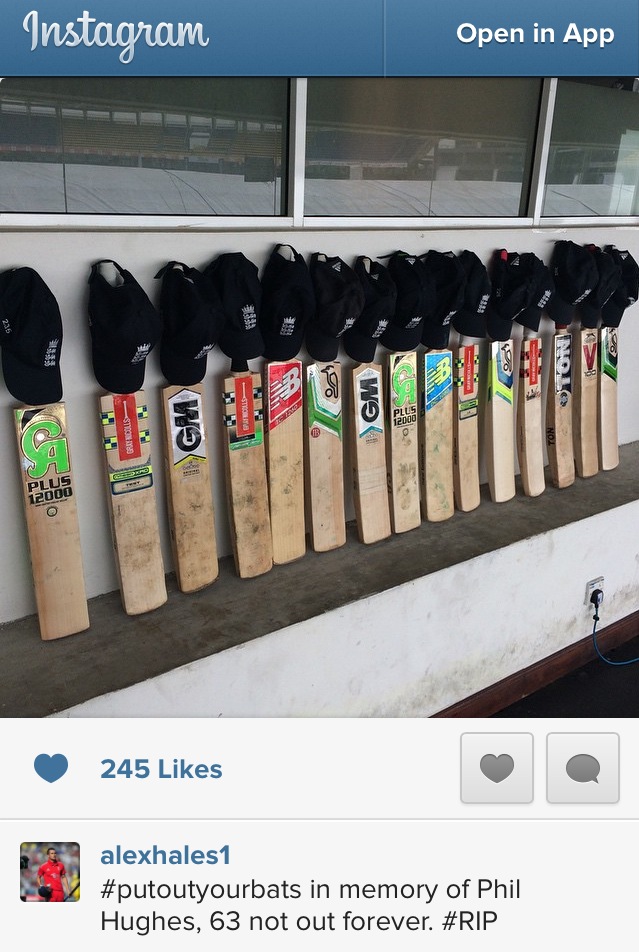