It took a matter of seconds to bring down the old council offices of Leicester's New Walk Centre this morning in a controlled explosion. 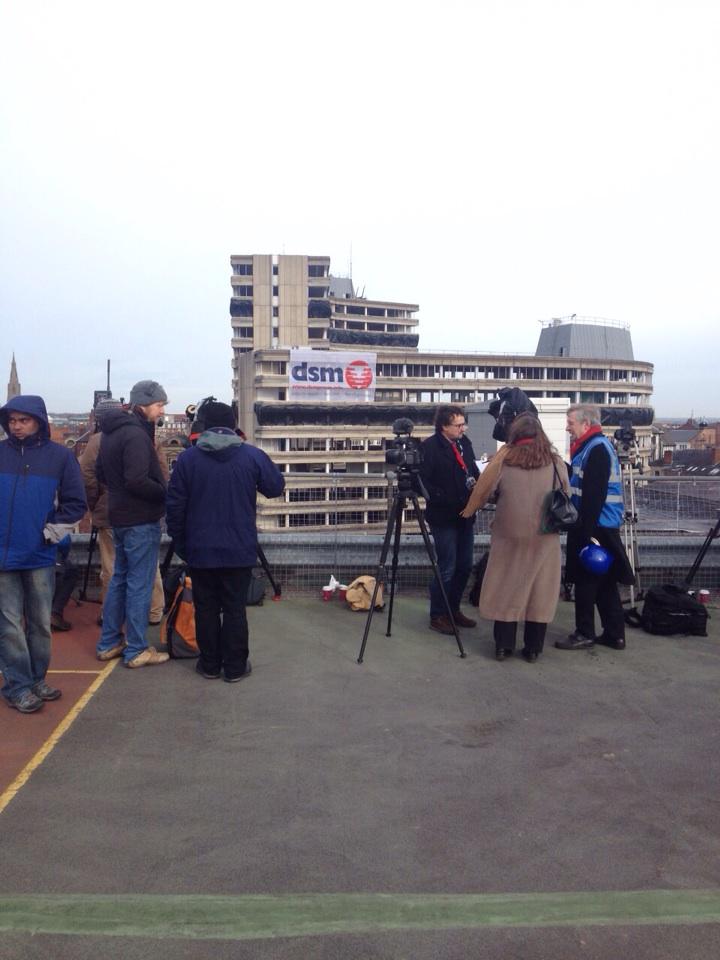 Roads were closed and people banned from parking nearby from 6pm last night as the team prepared to bring the two towers down.

Now it's a pile of rubble specialist cleaners are moving on to the site to begin the clean up process. 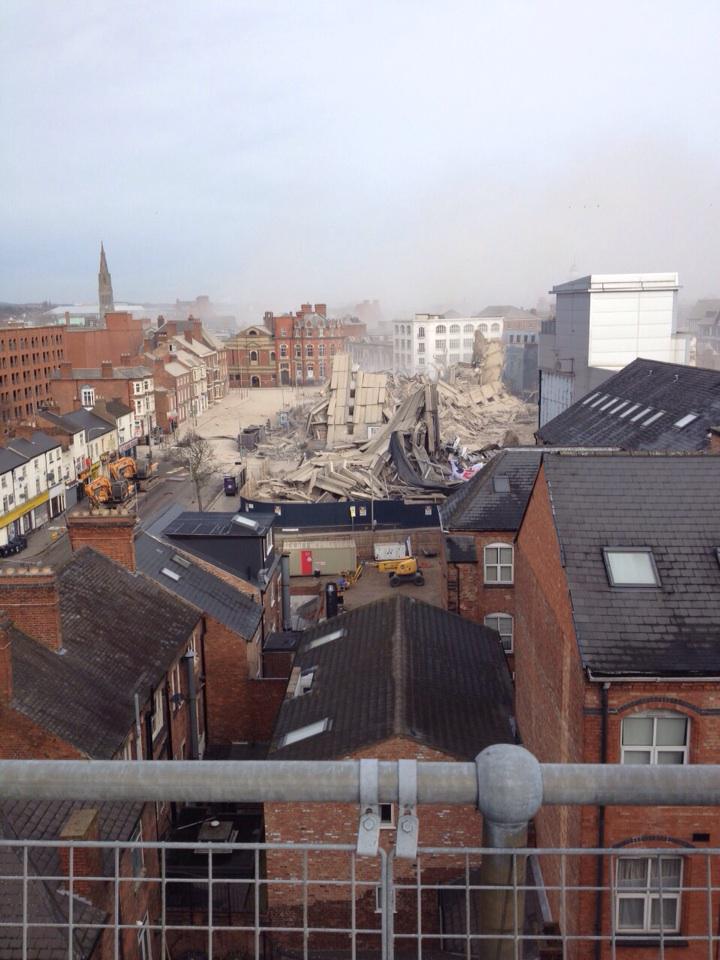 The team behind the demolition say they chose a method known as a "controlled initiated collapse" which uses pre-weakening and explosives to bring down the two towers into their own footprint.

That was picked because it was decided it was the safest and fastest method of demolishing the towers, with roads and businesses expected to be open as normal by Sunday afternoon.

People who have been evacuated from homes and businesses in the exclusion zone were able to watch the demolition live on a big screen at the Leicester Tigers’ Welford Road ground. 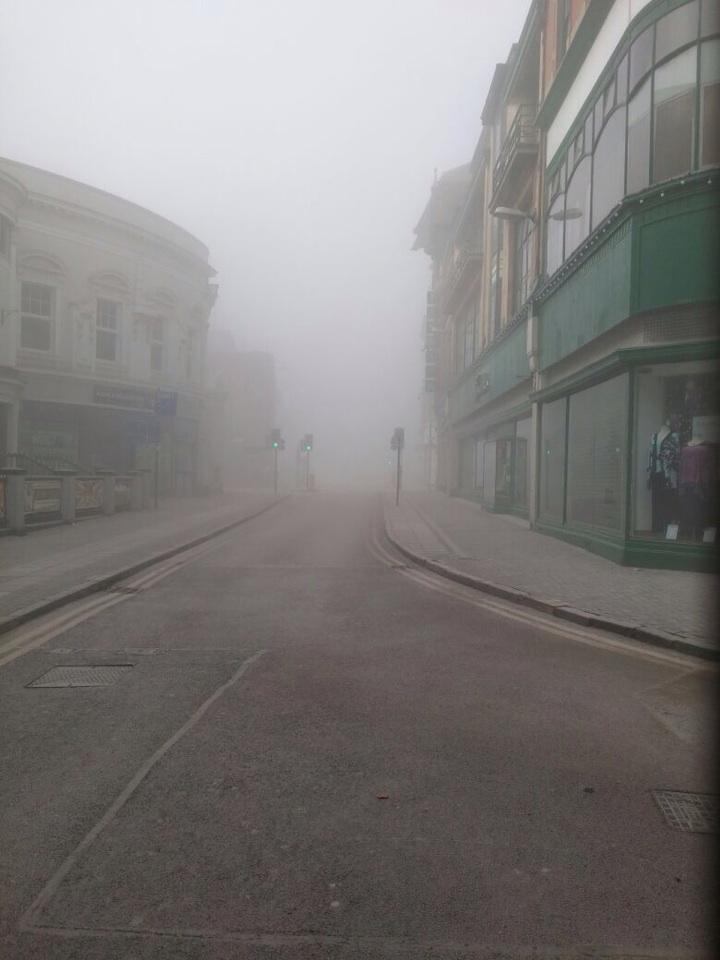