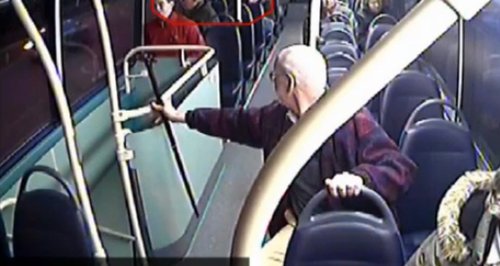 Police in Leicester have released CCTV of passengers on a bus they believe may know what happened to a 42-year-old found dead at his home.

The footage is from the 48A Arriva bus which was taken at 6.40pm as it travelled down Welford Road, towards Wigston, near the junction with Hillcrest Road.

Police believe it may have passed the area where 42-year-old Mr Cookson was last seen alive and want speak to any of the passengers pictured in the footage, particularly those circled on the left of the picture.

Detective Inspector Simon Shuttleworth, who is leading the investigation, said: “I am keen to stress that none of the people in this footage have done anything wrong and are in no way under suspicion. However, they could have information which may prove vital to our enquiry.

“Please, if you see yourself in the footage, or know someone in it, contact me as soon as possible.”

Mr Cookson was found dead at his flat in Leicester Road, Wigston at 8.15pm on Wednesday 25 March.

Two men, aged 20 and 24, and a 49-year-old woman have been arrested on suspicion of manslaughter and released on bail