An uninsured driver who caused the death of a teenage boy in Leicester has been jailed for eight years after pleading guilty to death by dangerous driving and a number of other driving offences.

The court heard that Webster was driving a stolen BMW in the city centre during the evening of Sunday 1 May. At 11pm he drove along Welford Road, outside Leicester Prison, and collided with a group of youngsters who were crossing the road.

One of the pedestrians, 17-year-old Samuel Garner, was critically injured and died at the scene. A teenage girl sustained minor injuries.

Webster failed to stop and instead drove off. He was arrested six days later – on Friday 6 May – after extensive police enquiries and media appeals for witnesses to come forward. The car he had been driving was found burnt-out in Whetstone. 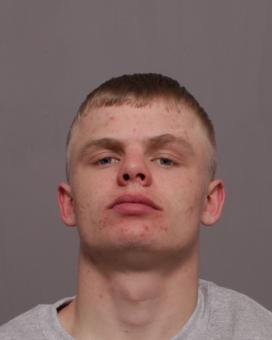 Detective Inspector David Swift-Rollinson, from the East Midlands Special Operations Unit (EMSOU), led the investigation.
He said: “A young man who was about to enter the prime of his life was taken from his family in devastating circumstances.

“Webster, who was an unqualified driver not much older than Samuel, drove the stolen car at speeds in excess of 80mph in a built up area of the city with absolutely no regard for the safety of anyone else.

“Following his actions he fled the scene and despite a number of appeals he refused to give himself up.

“Today’s conviction would not have been possible without the support of the local community which provided evidence, and the availability of extensive CCTV footage which captured Webster’s movements before and after the collision. I would like to praise, and thank, all those who helped to make this prosecution possible.

“Webster’s reckless disregard for others caused an horrific incident which has had harrowing and lasting consequences for all those who loved him. My heart goes out to them.”