He replaces Nigel Pearson who was sacked last month.

Pearson was relieved of his duties last month, with the club making a statement at the time which said ``fundamental differences in perspective exist between us''. 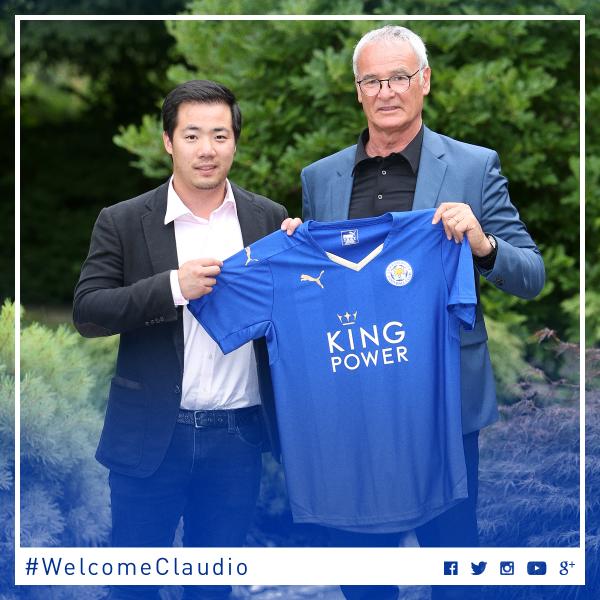 The 63-year-old Italian has agreed a three-year contract at King Power Stadium.


The club have released the following statments on their website:

"Vice Chairman Aiyawatt Srivaddhanaprabha and Director of Football Jon Rudkin flew Claudio out to the Club’s pre-season training camp in Austria on Monday, where he was introduced to the squad and began work immediately."
"Leicester City Vice Chairman Aiyawatt Srivaddhanaprabha said: “It is my great pleasure to welcome Claudio Ranieri – a man of remarkable experience and knowledge that will lead us into the next phase of our long-term plan for Leicester City.
“His achievements in the game, his knowledge of English football and his record of successfully coaching some of the world’s finest players made him the outstanding candidate for the job and his ambitions for the future reflect our own.
“To have attracted one of the world’s elite managers speaks volumes both for the progress Leicester City has made in recent years and for the potential that remains for the Club’s long-term development.”
Claudio Ranieri said: “I'm so glad to be here in a Club with such a great tradition as Leicester City. I have worked at many great clubs, in many top leagues, but since I left Chelsea I have dreamt of another chance to work in the best league in the world again.
“I wish to thank the owner, his son and all the executives of the Club for the opportunity they are giving me. Now I've only one way for returning their trust: squeeze all my energies to getting the best results for the team.”
The club have told Capital Claudio's first training session will be Tuesday morning.

They've also confirmed Craig Shakespeare, Steve Walsh and the existing City backroom team will remain with the club up for the remainder of their training camp in Bad Radkersburg.