An ex RAF serviceman, from Nottingham, who took part in the Invictus Games has told Capital it's changed people's perceptions of disabled sports men and women.

Prince Harry organised the games after getting the idea from the States and wants to make it an annual event.

Luke Wigman, who lost part of his leg while serving in Afghanistan, won Gold in the 1500 metres.

The 28-year-old stepped on an IED and now works for East Midlands Ambulance Service.

'It just gives everyone something to look forward to.

'Obviously there are still people being injured now, so people coming out of rehab will have something to focus on and work towards'.

Prince Harry
After the Invictus Games, Prince Harry's been chosen as the honourary President of next year's Rugby World Cup in England.

Leicester's King Power Stadium is hosting some of the world cup qualifying games and later, the Webb Ellis Trophy will be there to mark a year to the competition.

The famous trophy will be brought into the stadium, which will be known as the 'Leicester Stadium' for the Rugby World Cup, by former England international Will Greenwood. 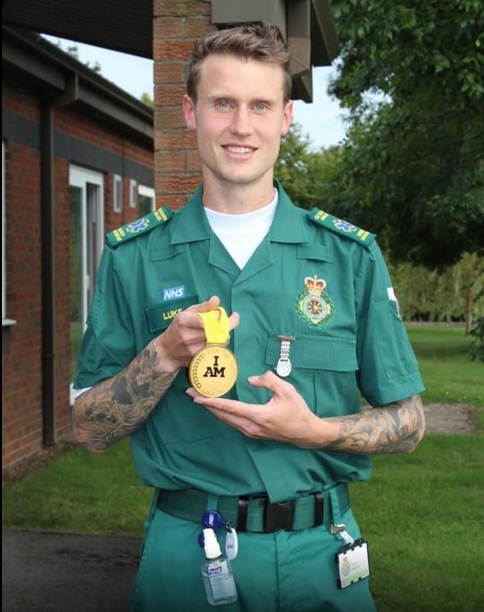