Escaped Violent Prisoner Could Be In Derby

Police are looking for a violent robber who's escaped from prison - and could be in Derby.

26-year-old Haroon Ahmed was serving time for a robbery at HMP Dovegate in Uttoxeter.

His brother 25-year-old Majeed Ahmed from Derby has been arrested on suspicion of assisting an prisoner to escape. 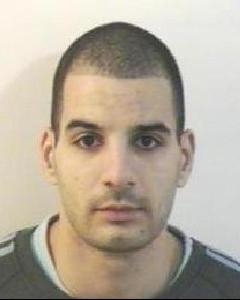 Police released a statement about the prisoner to Capital: "Haroon escaped from HMP Dovegate, near Marchington, at around 4.15pm on Wednesday 27 May, where he is serving a sentence for robbery. He is described as Asian, 6ft tall with a thin build and short black hair in a crew cut. He was wearing jeans and a grey t-shirt but it's likely he has changed his clothing. We suspect Haroon is in the Derby area where he has numerous connections."

Yesterday when police arrested Haroon's brother Majid, a black Volkswagen Golf was also seized as part of the investigation.  It's not been taken away for forensic examination.

Police promised to keep searching for Haroon until he is found

But, officers have told Capital he shouldn't be approached.  They said:"Due to his conviction for a violent robbery Staffordshire Police advise members of the public not to approach him and to instead ring 999."

"If you know where Haroon is please contact Staffordshire Police on 101. Alternatively, you can contact independent charity Crimestoppers, anonymously, on 0800 555 111 or via their anonymous online report form at www.crimestoppers-uk.org Your details cannot be traced and you will not have to go to court."