Police in Nottinghamshire have given Capital an image of a face they think belongs to a man found dead in caravan a year ago.

He's never been identified and was discovered on the Nottinghamshire-Lincolnshire border, in Beckingham, on March 13th.

A post-mortem examination found the man had died up to six months before his body was found.

Detectives are still treating the death as unexplained as there are no obvious signs of him being injured.

'We are still treating the death as unexplained and, at this stage, we do not believe there has been any foul play. We think he may have entered the caravan for shelter and subsequently died there.

'Our main goal is to identify this man and reunite him with his family.

'He may not be from the area. He may have travelled here from Eastern Europe to work but somewhere there is a mother missing a son, a wife missing a husband or a child missing a father.

'We are desperate to get him back to his family and believe the public hold the key.' 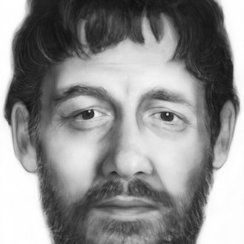