A woman who helped a murderer hide in her flat in Dudley has been jailed for 6 years.

Shaleana Samuels helped keep Isaiah Wright-Young at her one-bedroom flat in Dixons Green Road, Dudley, despite him being wanted over the shooting of 18 year-old Kenichi Phillips in a car in Ladywood in March last year.

The 25 year-old allowed Wright-Young to use the address as a hideaway and after police tracked him down they found drugs at the home.

She claimed in her initial police interview that Wright-Young had been asked to stay as a favour for a friend and wanted to stay clear of his ex-partner’s brother.

Over the drugs - she originally claimed she was forced into creating the ‘dealer list’ and she was not responsible for them.

But, she went on to admit assisting an offender and possession of almost £8,000 worth of crack cocaine and heroin - along with just under £500 of cannabis - with intent to supply. Samuels was jailed for a total of six years at Birmingham Crown Court today (Monday, 27 November).

Disharn Downie, 19, and Wright-Young, 37, were both handed life sentences for shooting Kenichi as he sat in a car following two separate trials. 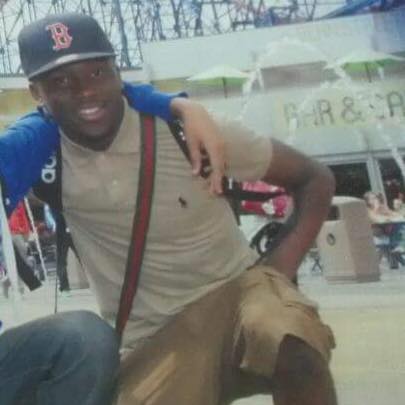 Sergeant Rob Bastin, from the force’s homicide unit, said: "Samuels tried to help Wright-Young avoid justice by allowing him to stay at her flat.

“While Wright-Young was at large we were unable to bring him to justice which only caused further distress to the family of Kenichi who was aged just 18 at the time he died.

“We were also able to recover a large quantity of drugs and Samuel now faces a significant period behind bars for her crimes."