The pair have been given notice of termination of their contracts and been placed on garden leave with immediate effect, the club announced on Tuesday.

Following his recent appointment as a director of WBA Holdings, the club's controlling company, Mark Jenkins will return as chief executive. 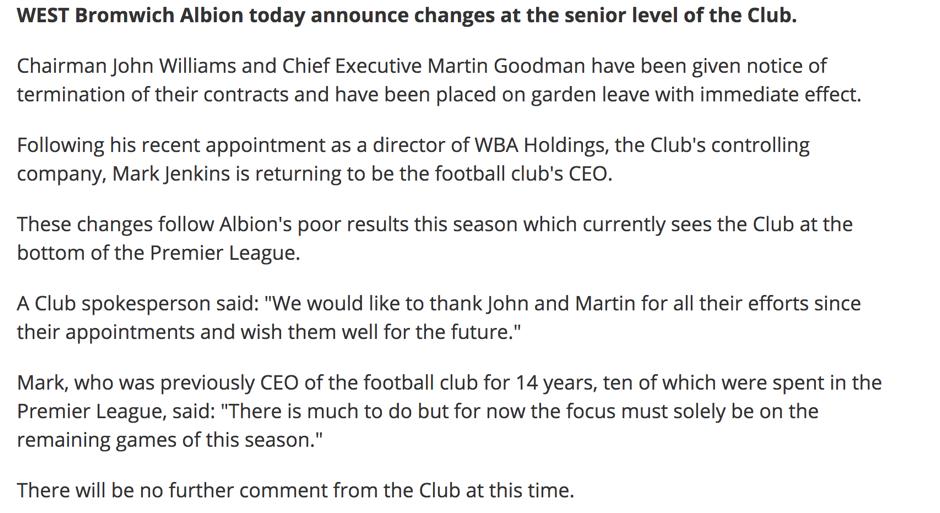 The sackings come with Albion bottom of the Premier League and seven points from the safety line following Monday's 3-0 defeat at Chelsea, with the club citing poor results as a catalyst for change.

The Baggies have beaten just Bournemouth, Burnley and Brighton this season and went on a 20-game winless run between August and January.

To make matters worse, new signing Daniel Sturridge, on loan from Liverpool, limped off after just three minutes at Stamford Bridge with a hamstring injury. 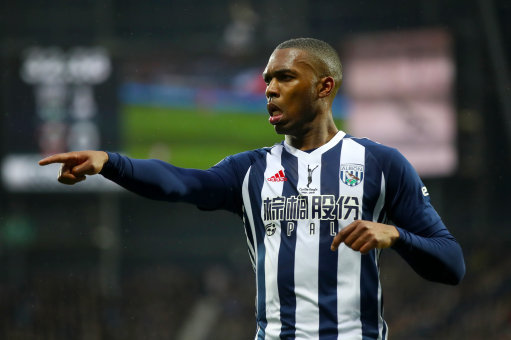 The club kept Jonny Evans in January despite a late bid from Arsenal which would have risen to £12million - well below the midlands club's asking price of over £20million.

But skipper Evans has a release clause in his contract which would allow him to leave for £3million if Albion were relegated.

Owner Guochuan Lai bought the club from Jeremy Peace in 2016 and appointed former Blackburn chairman Williams, but has acted with Albion, who were last relegated in 2009, in danger of the drop.

Jenkins, who was previously chief executive at the club for 14 years, added: "There is much to do but for now the focus must solely be on the remaining games of this season."