A snow leopard at Dudley Zoo has died from complications after giving birth yesterday.

Nanga gave birth to a healthy male cub on Monday morning but the Zoo's confirmed she died last night.

Zoo Director Derek Grove, said: “Nanga and the cub were being monitored by CCTV cameras and staff reacted immediately.

“All at DZ are understandably devastated at her death, but we’re thankful that Nanga was alive long enough to provide the first important feeds for the cub, which has put it in great stead.”

The healthy male cub has been named Milo by the team at Dudley Zoo and will now have to hand-reared by the team there. 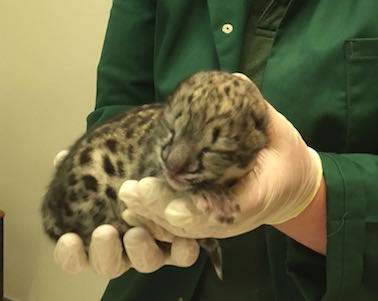