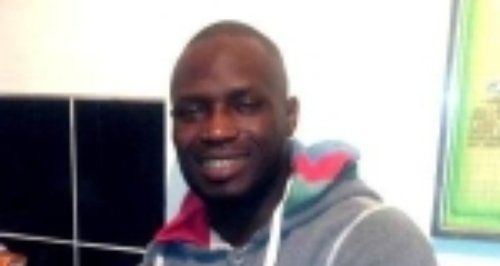 The mother of a man shot dead at a Birmingham music event has urged friends with him on the night to help detectives bring his killer to justice.

Sylvester Koroma was shot in the stomach outside Rainbow Warehouse, Digbeth, shortly before midnight on Saturday 10 August and died in hospital eight days later.

West Midlands Police is leading the murder hunt and, to date, detectives have arrested eight people from the Leicester area and have a clear picture of what happened.

Police know he travelled to the club with several associates from Leicester - but so far none of them have been moved to co-operate with police or assist the enquiry.

And as Eunice Koroma prepares to bury her son – his body having been released recently by a coroner following a second post-mortem – she's urged Sylvester’s friends or anyone with information about the shooting to contact police.

She said: ''These last few weeks have been every mother's nightmare: I'm planning my son's funeral in the knowledge his killer hasn't yet been brought to justice and, worse still, people who knew him may be withholding vital information.

''There may be friends and associates of Sylvester’s at the funeral who were at the club that night and saw what happened or know what happened – but they are sitting on that information and not passing it on to police.

''If that's the case I don't know how these people can look me in the eye and grieve for Sylvester when they could hold the key to bringing his killer to justice. I can't believe people who knew Sylvester in life could just wash their hands of him following his death.''

All of the suspects are from Leicester and have been bailed whilst West Midlands Police's investigation continues.

Detective Chief Inspector Sab Johal, who is leading the enquiry, reassured witnesses that they can help the enquiry anonymously.

He added: "The answers to this murder lie in the Leicester area. However, it’s frustrating that despite our appeals none of Mr Koroma's friends who were with him on the night he died – and who no doubt have vital information – have made any effort to co-operate.

''We know one of his friends helped give him first aid as he lay fatally injured and others may well have seen the shooting and could name the person responsible ...but they are so far refusing to give statements to police.

''It's vital these people speak to us; West Midlands Police has a long, successful history of protecting witnesses and taking information from them anonymously. Their identity would never be made public, they can give evidence in confidence and their real name would not be used in proceedings.

''They must look at their consciences – how would they feel if a family member was killed and people who could help bring the killer to justice remained silent?

The motive for the shooting at Rainbow Warehouse – hosting club event Circo Loco on August 10 which attracted a 4,000-strong crowd – remains unclear but detectives believe Mr Koroma was deliberately targeted.

She added: ''He was a happy person who always lit the room up with his smile. Sylvester always lived life to the fullest and was admired and respected by many. He warmed the hearts of anyone he knew and will be truly missed.

''Nothing can bring him back but I desperately need his killer caught and brought to justice ...if anyone can help me I'd urge them to contact the police."

Anyone with information should contact West Midlands Police on the 101 number or the dedicated incident line on 0121 626 7191.